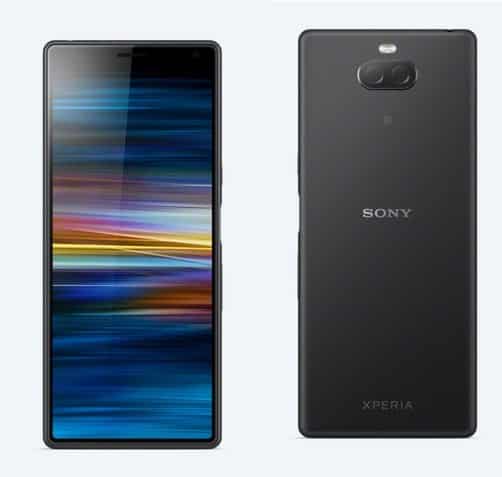 The Sony Xperia 10 is a mid-range Android powered Smartphone that comes with dual cameras at the back, side-mounted fingerprint sensors and the same design.

During the MWC in Barcelona, Sony announced four new Android Smartphone, and they are Xperia 10, Xperia 10 Plus, Xperia 1 and Xperia L3.

The phones looks amazing and quite impressive, because the specs are awesome. Thankfully, the company still keeps the 3.5mm audio jack that sits on the top edge. 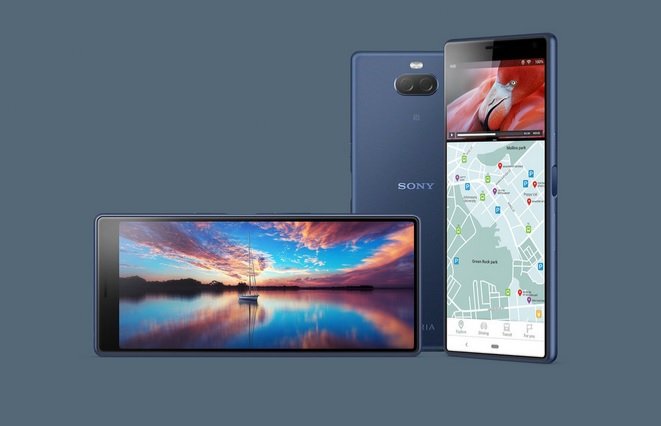 The Sony Xperia 10 Smartphone comes with a realistic display and design. Where you can find the Plastic unibody with metalic finish.

And it arrives with a 6.0″ IPS 1080p Full HD+ with the Gorilla Glass 5 protection only at the front. It arrives with the Sony’s new 21:9 Wide display with Full HD+ resolution.

Everything still stays at its place, there is the side-mounted fingerprint sensor scanner, 3.5mm headphone jack, horizontally placed dual cameras at the back.

The volume and power buttons sit on the right edge, while the SIM tray is situated on the left edge of the phones.

The Sony Xperia 10 Smartphone comes with a total of three cameras, triple front-facing cameras and dual rear cameras at the back of the phone.

While the front camera, it is a notchless device, but the bezels at the top front holds the single 8-megapixel with an f/2.0 aperture and display flash support.

As for the network and connectivity, the phone comes with a handful of them, as you can find 4G VoLTE, Bluetooth v5.0, NFC, USB Type-C, Google Cast, and more.

The phone is powered by the Qualcomm Snapdragon 630 chipset, Octa-core processor (8×2.2 GHz Cortex-A53), and there is the Adreno 508 GPU for graphic processor.

And it is available in a single 3GB and 4GB of RAM. There is also 64GB internal storage, and it is expandable up to 512GB storage via microSD card slot.

For the pricing and availability, the phone is already available for pre-order in Europe. You can get the smaller Sony Xperia 10 (dual SIM) at €350, while the single-SIM model goes for £300.

Recently, the phone becomes available in US for pre-order at $350, and it will work on Verizon. The phones can be pre-ordered right now from either Amazon or Best Buy’s website. The phone will be officially released on March 18.