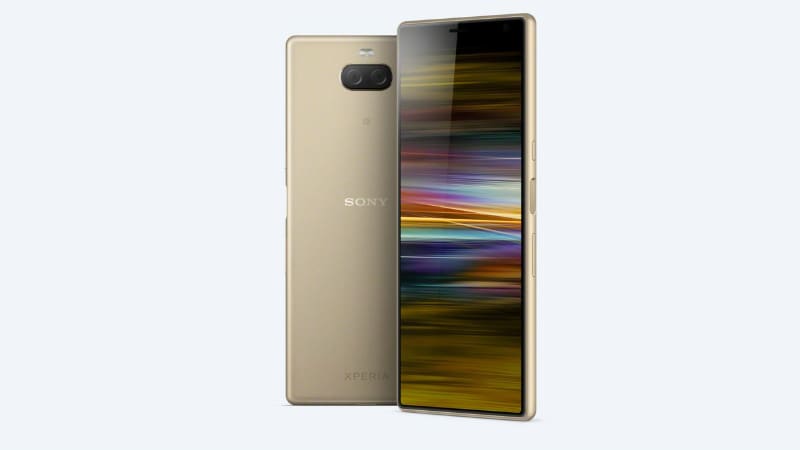 Sony also unveiled and announced the Xperia 10 Plus at the MWC event in Barcelona, and it still comes with the new 21:9 aspect ratio, 6.5″ IPS display, dual rear cameras with 6GB RAM.

Between the Sony Xperia 10 and Xperia 10 Plus Android Smartphone, the Xperia 10 Plus comes with larger display, a bigger battery, a better processor, and better camera specs and features.

The Sony Xperia 10 and Xperia 10 Plus are both mid-range Smartphones and available for purchase right now on Amazon or Best Buy in US and Europe market. 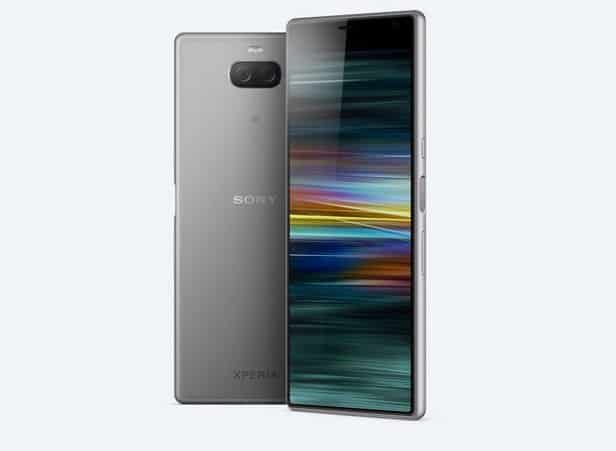 The Sony Xperia 10 Plus comes with a Plastic unibody with a metalic finish. It arrives with reduced bezels and borders at the top but a chin at the bottom.

Available in four color options, which includes Navy, Black, Silver, and Gold. Packs a side-mounted fingerprint sensor, and horizontally mounted dual cameras. Every other stuffs sits at its position.

Like the Sony Xperia 10 Smartphone, it also arrives with three cameras, two at the back and a single front facing camera lens.

At the back of the phone sit a dual camera setup, which consists of a primary 12-megapixels (1/2.8″) and a secondary 8-megapixels (1/4″) as the 2x telephoto camera.

The cameras arrives with various features, which includes Hybrid AF, SteadyShot, ISO 12800 for photos and 3200 for videos and can capture 4K videos either with 16:9 or 21:9.

The mobile handset is also powered by an Octa-core Qualcomm Snapdragon 636 processor (2×1.8 GHz Kryo 260), with GPU of Adreno 509 as the graphic performance.

It is available in two different variants, but bigger than the Xperia 10 Smartphone. Comes with 4GB and 6GB of RAM. Not bad for multitasking and seamless performance.

While the internal storage is at 64GB and supports expandable micro-SD card slot up to 512GB. Allowing you to save more files and documents.

The phone runs on the latest Android 9.0 Pie operating system, and fueled by a 3,000mAh Li-Ion battery capacity, with Smart STAMINA, and Battery Care.

The Sony Xperia 10 Plus is priced at $429.99 and will go on sale in the US on March 18. And you can pre-order the phone either from Amazon or Best Buy’s website, and it’ll work on Verizon.