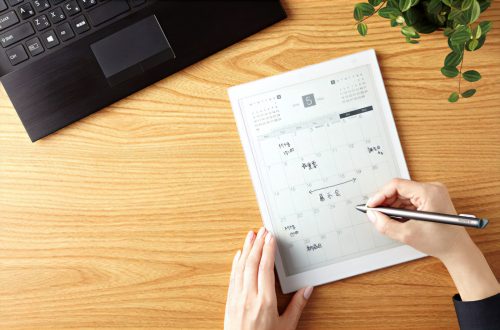 Sony just introduced a almost-cheap but smaller size variants of their E Ink stylus device, it is the DPT-CP1 paper tablet. It is the successor to the DPT-RP1 paper tablet that is more like remarkable E ink paper device.

The newly introduced Sony’s DPT-CP1 paper tablet arrives with a smaller size of its former version, Sony shrinks this year digital paper tablet with the stylus pen, that allows you to take down and store numerous information, vast knowledge on a piece of device, which obviously looks like a paper.

The newly launched paper tablet comes with a 10.3-inch diagonal (A5) sized screen, that is lesser than the DPT-RP1 with A4 13.3-inch screen display. Arrives with a conspicuous resolution of 1404 x 1872 black and white screen. It is highly readable and understandable even in black and white.

Just like the DPT-RP1 which the company made clear, that it weighs like 30 stack paper, the new paper digital tablet is 5.9 mm thick, weighs about 8 ounces and can go a month on a single charge.

Like others, it has a stylus pen, this product item allows you to annotate document clearly, in an understandable manner, much more like-a-paper screen than other products. The availability in other country is still not sure, although, you can find it in Japan.

The Sony’s DPT-RP1 digital paper tablet is priced at $700+ but this year DPT-CP1 paper tablet is still yet expensive, the company removed a $100 dollar bill, hence, it costs 70,000 yen, which is around $650. We would appreciate, if Sony could make the paper tablet more price-friendly.