Like it or not but we are in the era of Android Phone with notch display design that was first spotted on the Essential Smartphone but didn’t make wave until few weeks later Apple launched the iPhone X!

The iPhone X was officially launched with notch display that houses the camera for Face ID with other panels but later on, during the MWC 2018, phone makers begun the search for creating their Android phones with notch display and of course, this is the Apple design clone on Android.

And now, virtually everyone needs phone with notch display. So introducing to you is the latest application called, Smartphone upgrader 2017, this are for the people who are on budget that can’t get new phone with notch. 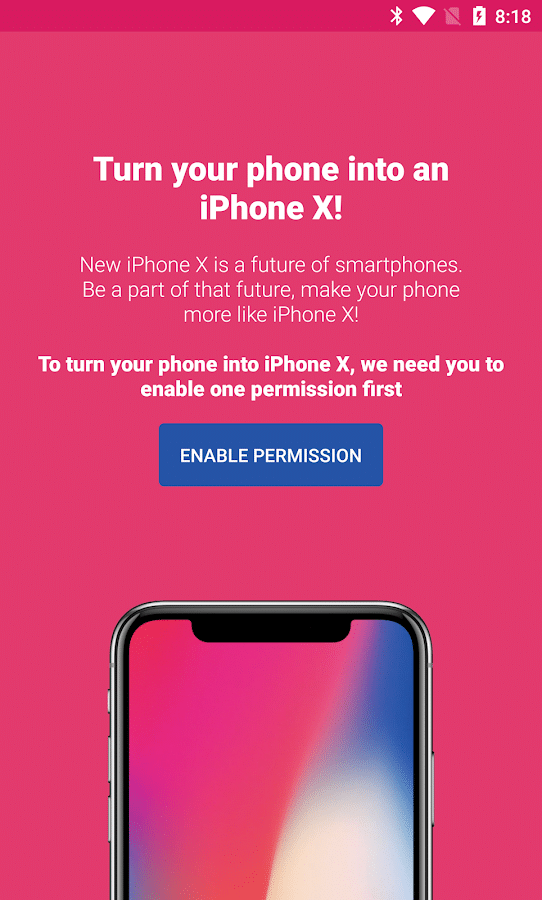 This is from Developer Damian Piwowarski. And on this new app, you really don’t need any new settings as it is extremely simple, all it does is to add a notch on top of your screen with rounder corner.

And also, the app have the option of changing the size of the notch. Download HERE.