You will find all those interesting and inspiring specifications and features, such as dual rear cameras, two displays, a Snapdragon 845, and other flagship specs. But unfortunately, the Samsung W2019 flip phone will only be available in China, this also happened with last year’s model 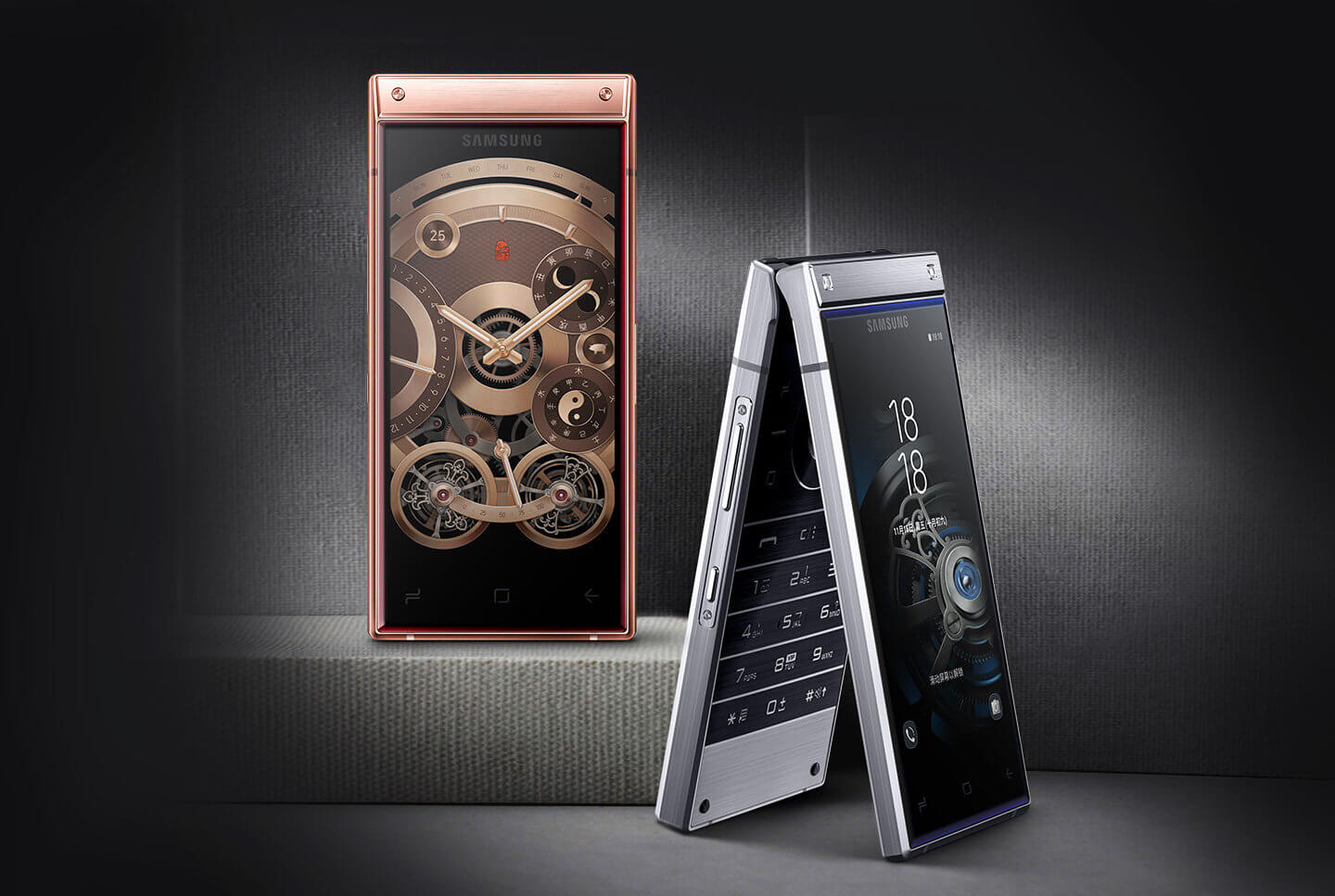 Samsung is still in the business of flip phone, it seems that the South Korean giants still want that nostalgia feeling in the 21st century. It is much of what Nokia, Blackberry, and Palm are doing right now. But flip phones are basically the ethics of mobile phones.

In 2019, Samsung electronics added top notch specifications, and premium features. Undoubtedly, the top-end flip phone is built in a dignified anodized, diamond-cut aluminum design with a unique-looking hinge, and a glass on the front, back, and inside.

It also comes with a directional pad, and a numeric keypad. Home, Back, Overview, and Copy buttons. However, the handset lacks a headphone audio jack, Samsung is following the trend, and this might come to pass in their upcoming Galaxy S10. There is a compact physical T9 keypad to enable one-handed control.

Joining other bunch of Smartphones with side-mounted fingerprint sensor, you will also find a fingerprint sensor mounted at the side of the W2019 flip phone, it weighs 257g. It comes in Rose Gold and Platinum colors options and you will find a Bixby voice assistant.

The Samsung W2019 flip phone comes with a dual camera setup at the back, which consist of a standard 12-megapixels sensor with f/1.5 and f/2.4 apertures support + 12-megapixel cameras with OIS, 2x optical zoom, video recording up to 4K resolution at 60fps, a telephoto lens to enable 2x optical zoom, and Full HD-resolution slow-motion videos at 960fps.

Well, the dual camera on the W2019 flip phone is the same setup on the Galaxy Note 9. For selfies, there is an 8-megapixel camera sensor at the front. Being a high-end flip phone, you can expect more amazing and impressive shots from the selfie snapper.

W2019 is coming almost a year after the South Korean giant unveiled the W2018 in China. You can also find handful of other network and connectivity features, which includes 4G LTE, Wi-Fi 802.11ac, Bluetooth v4.2, ANT+, NFC, and USB Type-C.

The Samsung W2019 flip phone is powered by the latest Qualcomm Snapdragon 845 processor, coupled with 6GB of RAM. For storage options, it is available in two variants, either 128GB or 256GB but both are expandable up to 512GB via a dedicated micro SD card slot.

Under the hood, the flip phone is fueled by a 3070mAh battery capacity, which is still bigger than the W2017 flip phone and it runs on the outdated Android 8.1 Oreo OS, which is the only quaint feature here. In future time, we hope it will be updated to Android 9 Pie. Finally, W2019 owners will have access to exclusive concierge services.

Well, if you find the ultra-premium specs and feature fascinating, then you can easily purchase it for over 10,000 yuan / $1,439. From this aspect, you might considering the pricing fact, between the Samsung W2019 flip phone and the Galaxy Note 9. The W2019 will be exclusively available through China Unicom, and sales will open November 11th.