Samsung just launched a Flip Phone that arrives with luxurious features and most of the glory goes to the Camera mode.

Say hello to the newest and latest addition to Samsung’s W line, Samsung W2018! The phone was officially launched and announced during a launch event in China. This is to mark their Tenth Anniversary!

In a very short while, Samsung Mobile successfully dethroned LG’s V30 f/1.6 lens beating them to their own game and not with a Flagship phone tho but with a Flip Phone.

As commented at first, it arrives with Dual Display as related to the Samsung’s SM-G9298 flip phone too. It comes with a Two 4.2-inch 1080p Super AMOLED touchscreens.

However, the Samsung W2018 arrives with a gold and platinum in a metal-and-glass body protected by Gorilla Glass. It is shiny in nature, you get to enjoy every good stuff out there with its glass protection. The W2018 is available in two colors, Elegant Gold and Platinum

This is actually the main part! The W2018 comes with a powerful camera which can be compared to that of Note 8 and S8! Interesting right?

The W2018 comes with a 12-megapixel rear camera can capture sharp images in less light with an c, this might be one of the fastest-possible camera aperture.

Their Tenth phone, I really think, they are proud to make it a hit and this time around, it didn’t fail. It also has a 5-megapixel front camera and Samsung also claims that the camera can sense when there’s enough light to switch to f/2.4 and capture more of the background in photos.

It also features large 1.4um pixels, dual-pixel auto-focus and optical image stabilization. You have the NFC, on the W2017, we had the microUSB, but this time, it has been changed to USB-C port. 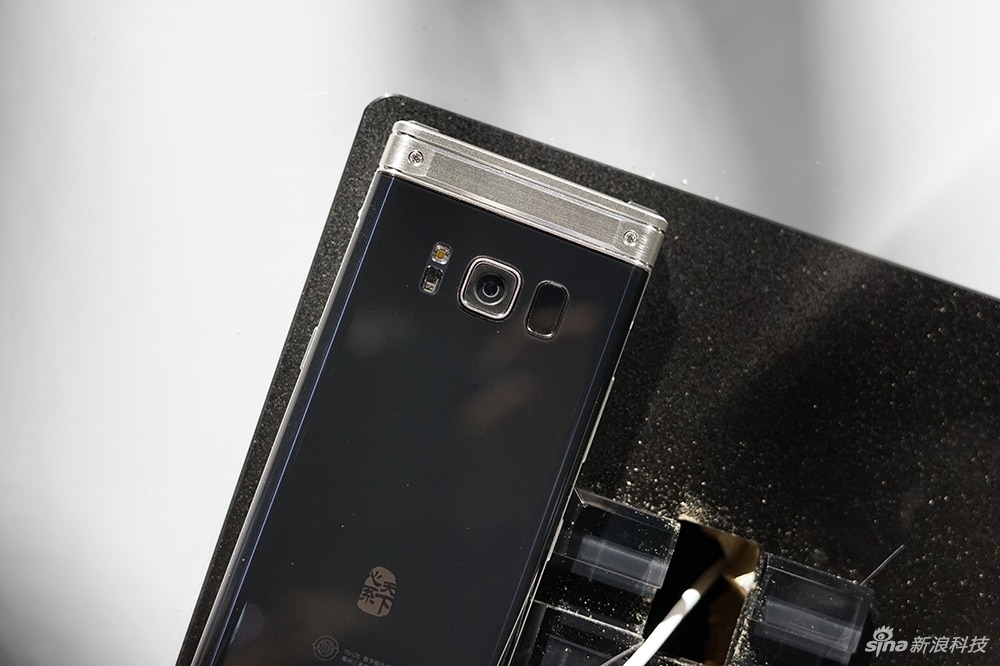 Another level to compare the W2018 with flagship phones is the Qualcomm Snapdragon 835 processor along with a 6GB of RAM and 64GB or 256GB storage options.

So you get a bigger Processor to take care of your needs coupled with the 6GB RAM, you can run various apps at a time and then with the huge massive memory storage, you can save a lot of documents, photos, movies, apps etc. There’s a microSD card slot for expansion,

The Phone runs on Android Nougat instead of the new Android Oreo! For the price, I really think, Samsung should push the update as fast as possible!

There’s a fingerprint scanner beside the rear camera, like other Samsung models, and a Bixby dedicated button for voice assistance which is on the side of the phone to toggle Samsung’s very own digital assistant.

Added to the security too, you have the Iris scanner but it’s only accessible when you flip open the phone. 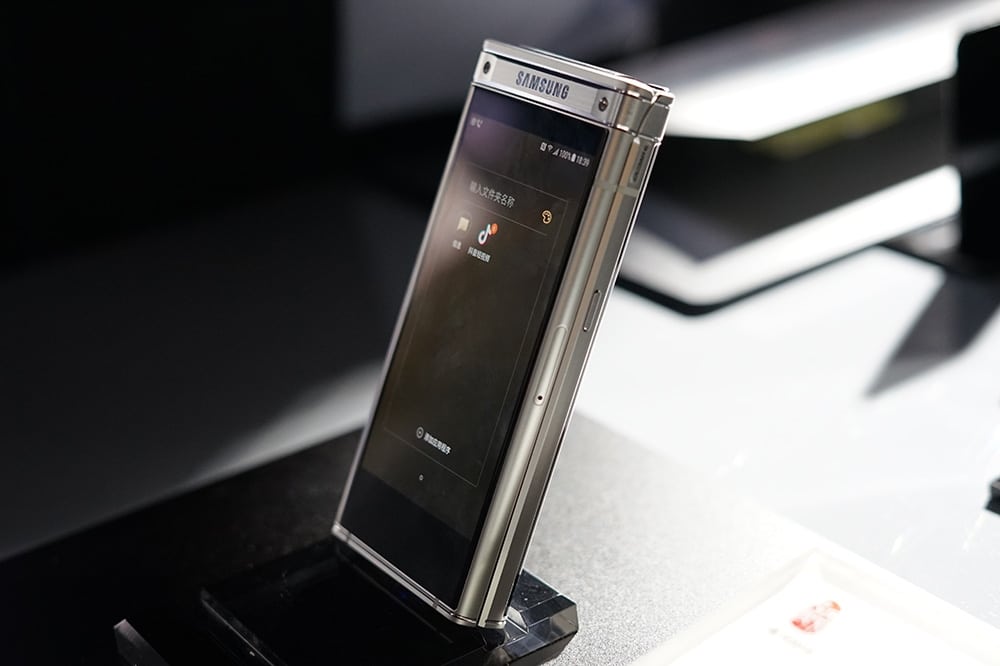 So the new Samsung W2018 is said to be priced above $1,500 and as it was launched in China, coming out from China would be a later or sooner!

The Phone was actually made exclusively for China Telecom’s “Heart Of The World” charity series. According to engadget, both Samsung and China Telecom have donated a total of four million yuan (about $605,000) to the China Youth Development Foundation to help build ten “Heart Of The World Samsung Smart Schools” in rural areas next year.