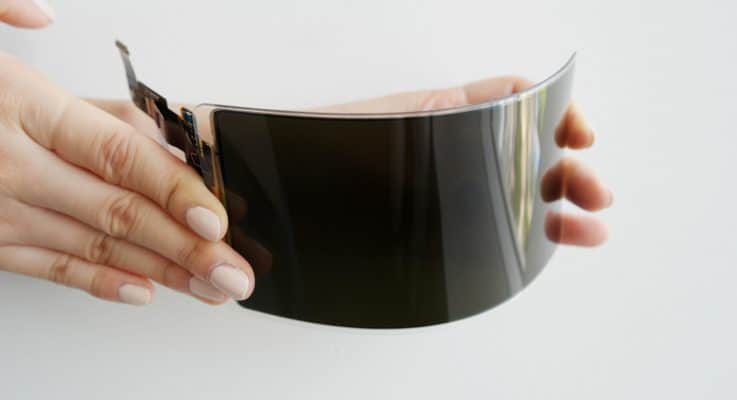 Consumers has been demanding for a much more stronger OLED display and Samsung is about making it happen. Of course, Samsung mobile and LG electronics are the major distributors of OLED display for Smartphones, Smart TVs etc.

But Samsung is the biggest and largest manufacturer of OLED display, they partnered with iPhone X for their display and they are still earning for every sale of the device. Today, Samsung subsidiary company, Samsung Display announces a new flexible OLED display panel.

The flexible OLED display panel has been certified for being extra tough and durable by Underwriters Laboratories (UL). And it has a transparent plastic cover already attached. Paving way for a more aggressive screen, which will definitely survive any physical attack.

“According to UL, the unbreakable display developed by Samsung Display passed the rigorous real-time durability test that is based on military standards set by the U.S. Department of Defense. After a drop test administered at 1.2 meters (nearly 4 feet) above the ground 26 times in succession, and accompanying high (71 degrees) and low (-32 degrees) temperature tests, the Samsung unbreakable panel continued to function normally with no damage to its front, sides or edges.

Giving a short period of time, we will see the new tech being used on smartphones, but it is meant especially for electronic products such as display consoles for automobiles, mobile military devices, portable game consoles and tablet PCs for e-learning.

Surviving a massive and heart throbbing tests of 26 drops from 4 feet and 6 feet is something to applaud, not just that, the new OLED tech display also passed the extreme and hazardous temperature which is high as at 71 degrees Celsius (159.8°F) and low as at -32 degrees Celsius (-25.6°F).

After series of test, the OLED display functions were as normal, there was no recorded damage at any angle. The flexible OLED panel was developed with an unbreakable substrate and an overlay window securely adhered to it. But be very much aware that, the new tech is yet to come to the market!