It was Huawei that initiated the 5G research project in 2009. While in the following years, Huawei’s 5G team has been continuously contributing its exciting breakthroughs to the development of 5G industry, that is the world’s first sub-6 GHz 5G prototype.

Samsung Mobile -who are the top most popular Android Smartphone makers and wearable devices are officially testing the 5G Wireless on their devices. Although, the Wi-FI, 3G and 4G network are also good it their performances but you cannot compare the networks to the 5G wireless.

Although, Samsung has tested and introduce the 5G Network wireless in their upcoming 2017 Samsung Galaxy S8 Android Smartphone. But the 5G wireless that is coming, is the best transfer speed ever! From the Samsung President.

Samsung has also revealed that 5G wireless could work with the almost existing network, including 3G, 4G, and Wi-Fi, so you won’t need to upgrade every device in your house. However, you have to buy a new smartphone, which supports 5G wireless such as the Galaxy S8.

We believe 5G is a ubiquitous Gigabit service which promises to provide significant improvement in cell capacity and boost user data rate to accommodate rapidly increasing traffic demands of the future. 5G system should provide anytime, anywhere gigabit data rate service to the mobile users with no cell edge performance degradation. 5G system is expected to offer 1 Gbps data rate anywhere and peak rates of 6 Gbps for high mobility devices and even up to 50 Gbps rate for low mobility devices.

According to the Samsung-Gregory Lee, who has introduced the 5GB wireless in Mobile 2016 conference in Half Moon Bay, California. Lee also described how amazing it will be when 5G comes out. As Samsung’s plan, California is the first place for 5G network. 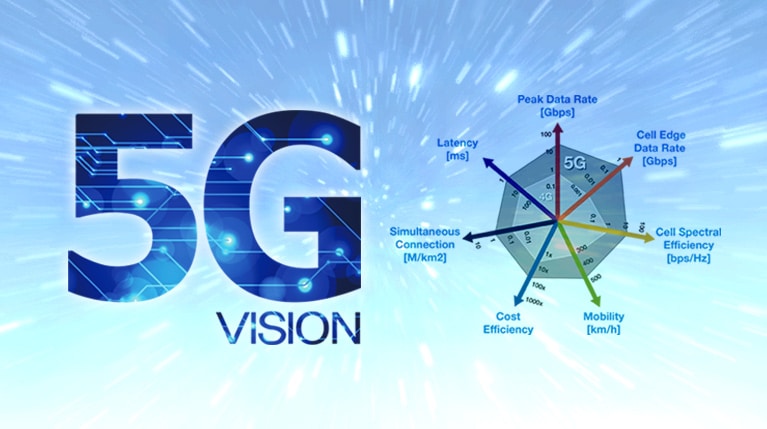 Meanwhile, we are not yet sure about the time, when Samsung will launch their exclusive Samsung 5G network but the rumored date has it that it will be released later in 2017. What is your Say, do you want to see the 5G Network?