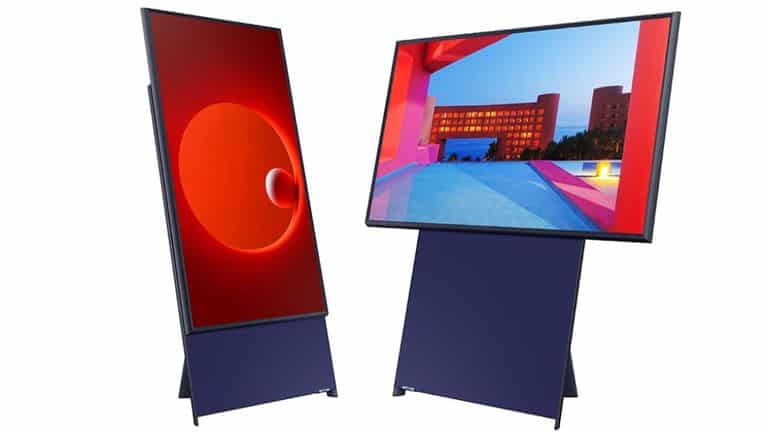 Samsung just announced a new 43-inch 4K TV called Sero TV, which means “vertical” in Korean. It is meant to watch smartphone video content, such as TikTok, Snapchat, YouTube, and Instagram videos in both vertical and portraits mode.

Probably, this is Samsung using another ship to gain more 21st youth generational users in the social media world. Anyways, the company had already announced the TV in Korean, eight months ago.

But here today, Samsung has officially announced the 43-inch 4K Sero TV globally. With this new kind of TV format, you can easily spend hours consuming video content in portrait and landscape modes.

For you to start enjoying the video content on the TV, you can easily tap your Samsung Galaxy phones against the Sero’s frame to immediately begin screen mirroring.

Fortunately, AirPlay 2 support, which means that iPhone users aren’t left out, as they can easily use the included remote control to manually switch the screen to portrait.

You will really enjoy the idea behind the tech, watching your video-sharing apps such as Instagram, TikToks, Youtube, Snapchat, and others in both landscape mode and vertical mode.

The rotating design of the 43-inch 4K Sero TV is definitely amazing, it is big, black bars on the left and right sides. It also has an in-built microphone to issue voice commands through Bixby.

Physically, you find a non-removable stand that includes a 4.1-channel, and 60-watt speaker system inside. The Sero TV is practically meant for those with small houses, and a large bank accounts.

OR those that are solely interested in vertical videos despite the above-mentioned factors, which exclude the thoughts of having large homes, small homes and others.

Well, the carry-come stand makes the Sero TV steadfast when rotating to vertical mode, it provides enough vertical clearance to prevent the TV from hitting the floor whenever it flips into the portrait mode.

The global pricing and availability aren’t yet available, but eight months ago, when announced in Korean markets, Samsung was selling it for 1.9 million won, which is around $1,600 in US dollars.