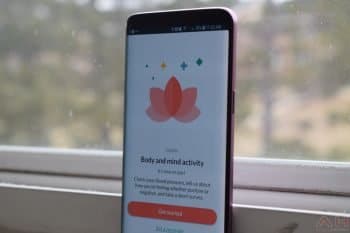 If you have been following the Samsung Mobile phones since the past years, then you would discover that, Samsung has been integrating it Phone camera with a heart rate sensor at the back.

And of course, the Samsung Galaxy S9 isn’t different from them all. The South Korean Giant announced that the Galaxy S9 and S9 plus will be arriving with a monitoring app that would be able to measure the user’s blood pressure called My BP Lab! And it now available for download on Playstore.

Anyways, this is the first for any commercial smartphone. And yea, you can now download the app and see for yourself. On the installation process, the app requests your age, height, weight, race, exercise frequency, and education qualifications, smoking habits etc. This information helps it determine whether your blood pressure is high or low, relative to your body size.

Anyways, this requests isn’t compulsory as it can be skipped. To get your BP checked, it requires your index finger to cover the sensor (rear flash), raise the arm and phone to the same level as their heart, then let the sensor record blood pressure for a few seconds. For reference, see the below image.

The My BP Lab app is actually part of a three week study that UCSF is doing with Samsung and its Galaxy S9 users.  To take part in the study, you do need to be 18 years of age, but the app does allow you to leave the study whenever you want to do so. That means that you don’t have to complete the full three weeks. 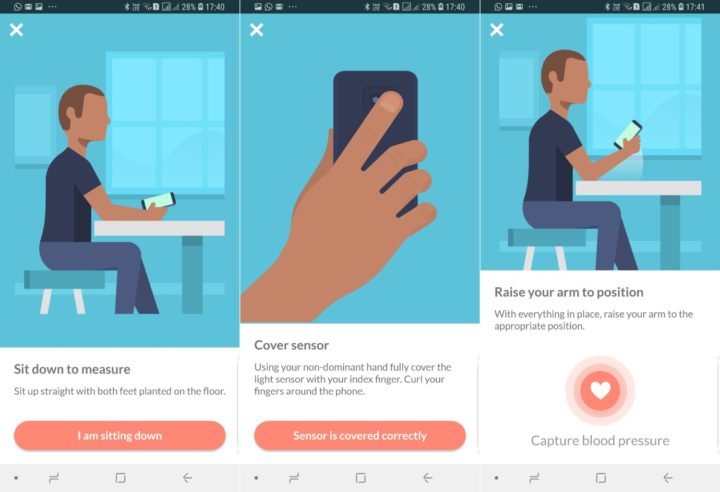 Samsung partnered with the University of California, San Francisco (UCSF) to develop the My BP Lab app for blood pressure measurements on the Galaxy S9, with the app which is now on the Google Play Store. My BP Lab is only available for people in the United States.

Anyways, the monitoring app is currently having some backlash as it doesn’t work properly, it might exhibit a little distressing issue. And Samsung hasn’t responded to the re-occurring problem.