In an engaging competition with Apple and Google in the virtual banking world, Samsung introduces its new Samsung Pay-linked debit card program known as Samsung Money by SoFi.

The company hag previously announced this news early May, but we now have a strong strategy of how it works. Samsung noted that it will tie in directly with the existing Samsung Pay app.

Samsung Money is a SoFi-powered “money management experience” that joins both a Mastercard debit card (issued by Bancorp) with a cash management account.

Apple card and Samsung Money bears one significant feature, both card doesn’t bring any physical card number, CVV or other details a thief could use to drain your cash.

Samsung Pay app integration with Money is quite salient to the company, as customers can easily apply for the card directly from the app and start using it through Samsung Pay on their phones once approved, even before the physical card even arrives.

Fortunately, when you signup, you can get a virtual card in Pay, and activate the physical card by tapping it. You can check your balance, flag potential fraud, freeze your card or otherwise control your account from an app. 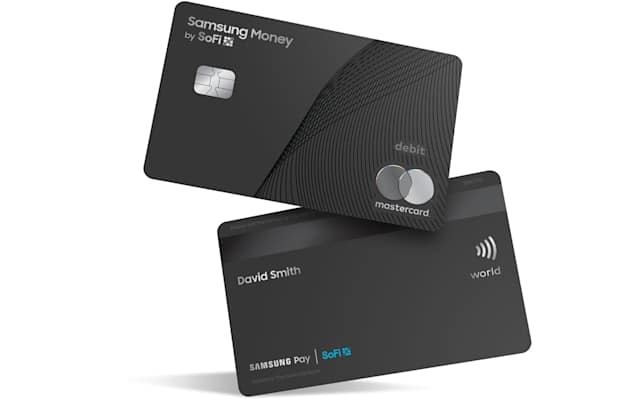 Samsung noted that some “loyal” users with over 1,000 points can convert them to cash. The company also mentioned that Money will feature no account fees or even some ATM fees. And also promise “higher-interest earning.”

For insurance purposes, the Samsung Money accounts will be FDIC insured for up to $1.5 million, if something goes wrong at any time, this is six (6) times higher than the usual $250,000 guarantee of most debit cards.

Money isn’t anything like Samsung Pay Cash prepaid card, as it allows Samsung to dive further into services at a time when smartphone sales are slowing down. and might even push card owners to buy another Galaxy phone.

Samsung Money customers will be able to use any of the 55,000 ATMs in the Allpoint ATM network without any charges, thanks to the solid SoFi partnership.

Samsung isn’t the only tech company with this innovative, others include Apple, Venmo, Uber, and Google. But unfortunately, you still have to wait patiently, as it will be coming to the US “later this summer.” But can sign-up via the company’s official website.