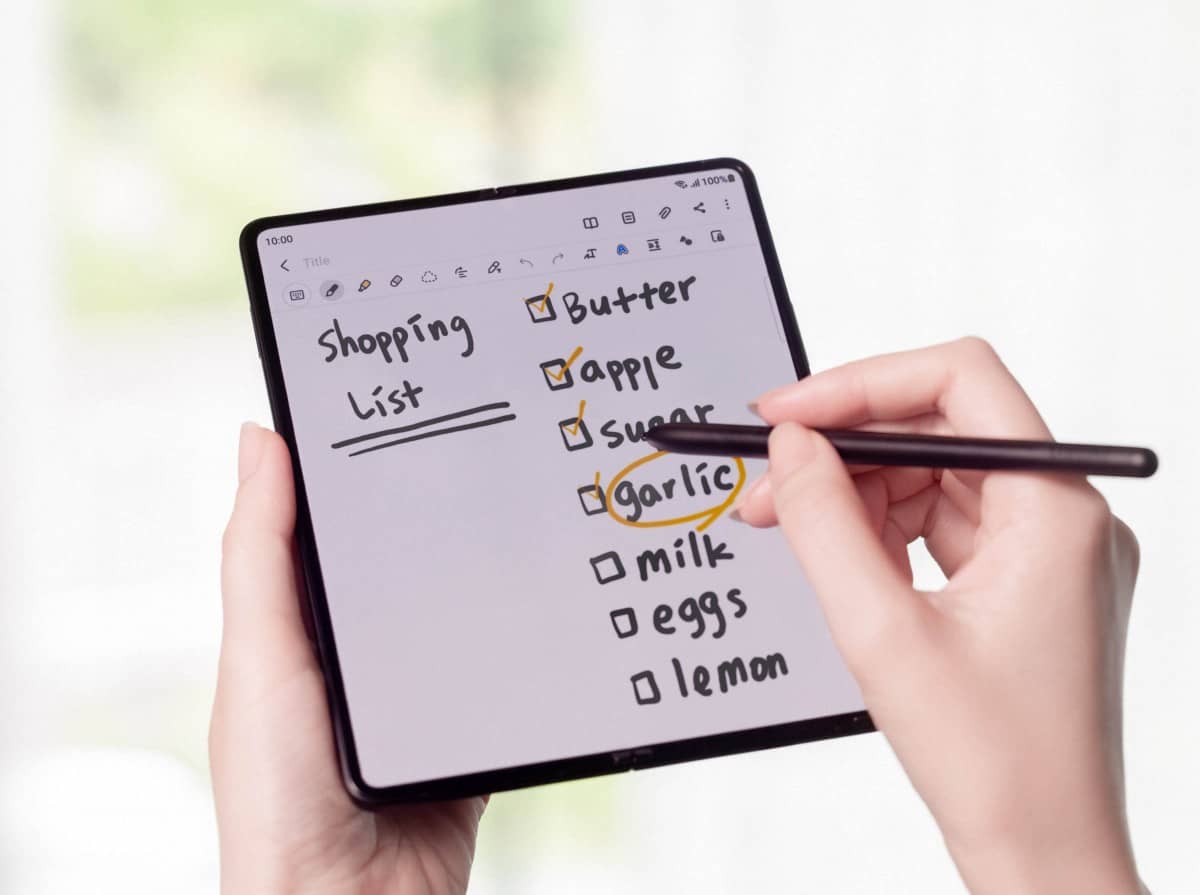 During the Samsung Unpacked event, the company announced the Samsung Galaxy Z Fold 3 5G, and for $1799.99 (NGN740,700 Nigerian Naira), Samsung is offering the first foldable water-resistant device with S Pen support and an under-display camera.

The Galaxy Z Fold 3 5G is the third-generation Fold, with few years ahead, Samsung was able to bring upgraded features and fix some major issues from the previous generation. There is more active performance, more competent display, and improved durability.

Samsung president and head of mobile communications have said that the company will note unveil “a new Galaxy Note this time around.” This means this year’s August Unpacked event will not see a new Note, and even the rumored Note 21 and Note 21 Ultra.

This means Note 20 and Note 20 Ultra will stay right where they were. With the Foldable and Flip phone concept being brought into the light, and the consumer market, it is more obvious that Samsung is actually seeing the Foldable Line as the future.

One of the most important key features is the support for a 120Hz refresh rate display, both for the outside 7.6-inch QXGA+ Infinity Flex Dynamic AMOLED 2X, and it’s 29% brighter and inside 6.2-inch HD+ Dynamic AMOLED display.

When it comes to durability, the device’s materials and internal design are upgraded piece-by-piece than the Fold 2, even tho they actually look identical. Samsung claims that the Ultra-Thin Glass protective film is 80% stronger and it used Gorilla Glass Victus on the cover screen for improved drop protection.

The Galaxy Z Fold 3 5G hinge comes with an Armour Aluminium frame, which the company says is its strongest aluminum frame yet and10% stronger. With such tenacity in sturdiness, the $1,799 Fold 3 5G remarkability durability might last more than just a few years.

“There are minimum pixels applied on top of the camera hole,” A statement from Samsung concerning the 4MP under-display camera explains the fact that it is NOT noticeable, but TheVerge firmly said “you can absolutely tell there’s a camera in there … and they’re extremely noticeable when you’re looking right at the circle”

Samsung’s f/1.8 4-megapixels under-display camera is just beneath the screen display, featuring the largest 2.0µm pixels of all Fold 3’s cameras. With 4MP, you can’t get good photos, but the HD video quality and video chat is actually the main purpose. As the company said it’s perfectly adequate for Zoom calls and other video conferencing.

Indifferent to its predecessor, the Galaxy Z Flip 3 5G also arrives with a punch-hole on the cover screen which houses a 10-megapixels f/2.2 selfie shooter, allowing you to easily take selfies with the main camera on the Galaxy Z Fold 3 5G.

It also comes with Flex mode features, allowing you to do more at once, such as joining a video call on the device’s top screen while checking meeting notes on the bottom. TheVerge also said that the crease in the middle of the screen is still present, which constantly shows the foldability, and that is meant to disappear.

There is an updated Multi-Active Window, App Pair, and a new Taskbar that can be used to quickly switch between apps without returning to the Home screen. You can now permanently pin your Edge Panel to the side of the screen like a dock.

As identical to the Galaxy S21 Ultra, the Galaxy Z Fold 3 5G doesn’t come with a slot for the S Pen, so you have to get a special case that adds one. Downright to the S-Pen support, the S Pen for Z Fold3 comes in two options: S Pen Fold Edition and S Pen Pro.

Both are specially engineered retractable Pro tips with force limit technology to protect the Z Fold 3 ultra-thin glass screen panel, this actually limits the force you can apply to the Fold 3’s screen, tho, it is 80 percent stronger but it is still sensitive.

Specifically for the Fold 3 5G, Samsung developed a special “Fold Edition” S Pen that covers all the basics, whilst the S Pen stylus works on the Fold 3’s 7.6-inch primary screen and not the cover display.

The S Pen Pro is an expensive stylus pen but it supports air gestures and Bluetooth connection. It comes with a toggle switch that you can flip when using the stylus with other Samsung devices, the frequency on the Fold 3 is basically different.

The Galaxy Z Fold 3 5G is powered by Qualcomm’s Snapdragon 888, coupled with 12GB RAM and 256GB or 512GB storage configurations. It runs on Android 11 with One UI 3.1 and supports Dual SIM, nano, and eSIM.

It arrives with a side-mounted fingerprint reader, and the stereo speakers are tuned by Dolby Atmos. It weighs 271g, and connectivity options include excellence 5G SA/NSA, Sub6 / mmWave, NFC, Bluetooth 5.2 LE, Ultra Wide Band, and GPS.

The Samsung Galaxy Z Fold 3 5G back panel is covered by a Gorilla Glass Victus and comes in Phantom Black, Phantom Green, and Phantom Silver color options. It comes with a 4400mAh battery with 25W wired and 10W wireless charging, and 4.5W reverse wireless charging.

Galaxy Z Fold 3 5G comes with an IPX8 water resistance rating, which makes it the first water-resistance Foldable smartphone, or probably, alongside the Galaxy Z Flip 3 5G. It will allow customers to easily submerge it for up to 30 minutes.