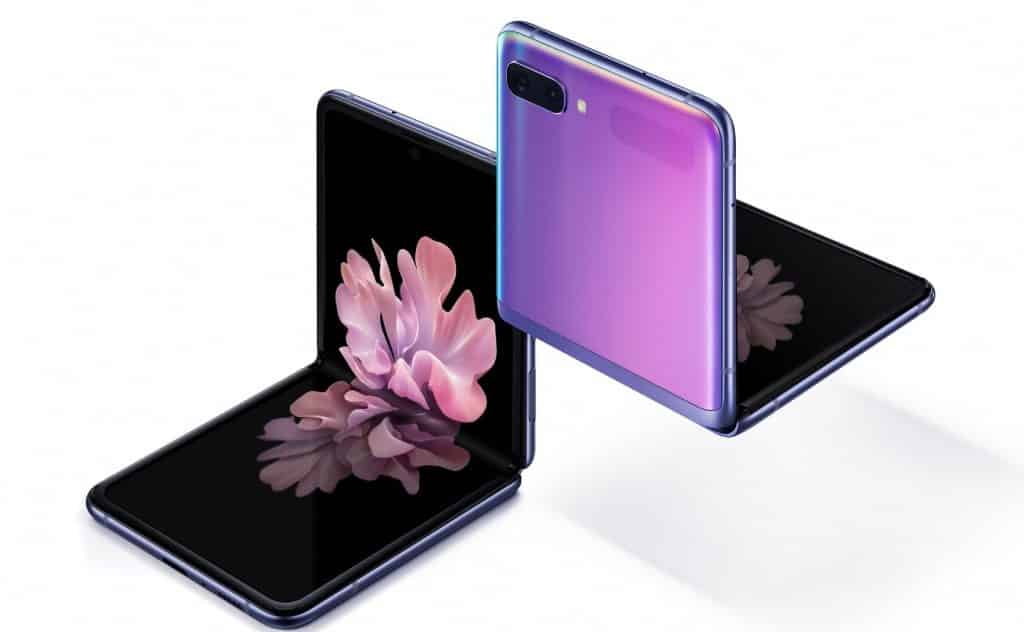 The Samsung Galaxy Z Flip that was officially unveiled a few days ago, has made its way to one of the most largest Smartphone markets, India and sold out within minutes in India on the first day of pre-booking.

Galaxy Z Flip is the world’s best shots at the foldable or bendable phone, it is the best right now. Even better than the company’s previous Galaxy Fold and Motorola Razr.

Undoubtedly, we can conclude on the facts that the new Samsung Galaxy Z Flip is the world’s first folding glass phone, which bends the Infinity Flex Display from the middle of the screen to provide the clamshell form factor.

It starts at $1,380, while the India pricing begins at Rs. 1,09,999. We can see the phone in either Mirror Black, Mirror Purple, Mirror Gold color options.

If we are to convert the US at $1,380 to Rs. it will be around Rs. 98,400 but Samsung had already announced that they will be hiked in prices, because of the Galaxy Z Flip units will be imported from the US.

In respect to the fact that the Galaxy Z Flip units will be imported from the US, all the specifications and features will be identical to the US model.

Under the hood, the phone is powered by an Octa-Core Snapdragon 855 Plus 7nm Mobile Platform coupled with Adreno 640 GPU, available in 8GB RAM with 256GB storage, which is not expandable.

It arrives with One eSIM and one Nano-SIM, a side-mounted fingerprint sensor, with facial recognition. Galaxy Z Flip is fueled by a 3300mAh battery capacity with 15W fast charging and 9w Qi wireless charging.