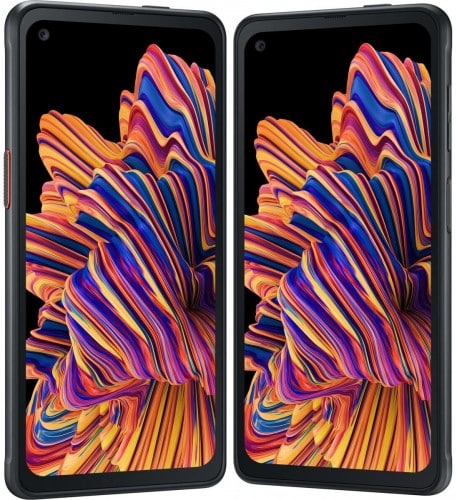 Samsung announced its $500 Galaxy XCover Pro rugged phone with a removable battery, which is especially meant for industrial workers but it can also be purchased by anyone on the earth.

Well, for a while now, we haven’t seen a recent modernized phone with a removable battery but the Galaxy XCover Pro is powered by a gigantic 4,050mAh battery capacity.

Aside from the normal mid-range specs on the device, the XCover PRO is made to withstand strong and hard elements and weather. Thanks to its military-grade IP68 dust and water-resistance rating, that can survive falls of up to 1.5 meters (roughly 4.9 feet).

You can even use the touchscreen works even when wet or when you’re wearing gloves. Probably, you can still classify the XCover PRO as those Samsung’s Active phones.

At the back of the device sits a dual rear camera, which includes the main 25-megapixel sensor and an 8-megapixel ultra-wide angle, and a single 13-megapixel selfie camera in the hole-punch.

The device runs on Android Pie OS out of the box, and not the recent Android 10 OS. And it is powered by an Exynos 9611 processor.

Other specs include the headphone jack, USB-C charging port in addition to the pogo pin, power button fingerprint sensor and facial recognition.

Under the hood, the device is fueled by a 4,050mAh battery that can be removed from the back panel of the device, allowing you to comfortably swap a spare battery when its power runs dry.

For pricing and availability, there’s no official US announcement, but the phone will ship in the U.S. during the first half of the year. The Galaxy XCover Pro will be available through Verizon at $500 or more.