This is the Samsung Galaxy Watch, it was unveiled alongside with other advanced technology devices, Galaxy Home and Galaxy Note 9. Samsung slowly left their first Watch lineup, the Gear S series for the Galaxy Watch.

Samsung introduced the new Galaxy Watch at its Galaxy Note 9 event on Thursday morning in New York. And looking from every necessary perspective, the Galaxy Watch might turn out to be the best improvement to their watch series.

The new Galaxy Watch emits various specs and features from other Samsung watch, but the name is much more different. Samsung drops the name “Gear S Watch” for Galaxy Watch. That is one the biggest and huge differences.

Being an Android smartwatch, featuring a comprehensive specs from the previous Gear S3 watch. Anyways, there is the water resistance, which is also available Gear Sport and many more. 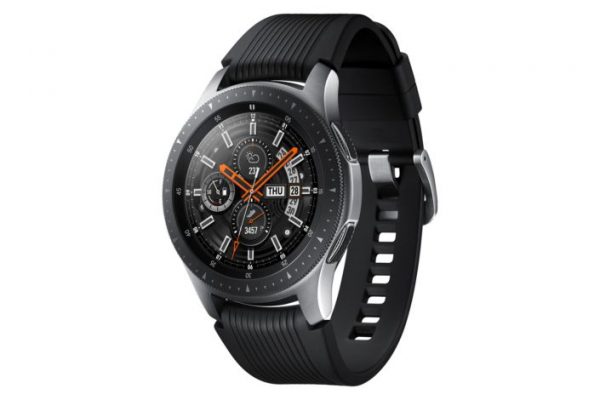 With the current partnership with Spotify, Samsung is also integrating music streaming feature, but only via Spotify. If the Smartwatch will support other third-party music streaming apps, Samsung hasn’t said anything concerning that.

The Galaxy Watch is available on LTE network, but the battery is more enhanced. It arrives with (472 mAh on the 46mm model) big battery capacity. Meanwhile, the processor will optimize the battery performance.

The Galaxy Watch arrives at the same time as the Note 9, on Aug. 24. Google and Apple are expected to reveal new watches of their own, within the Galaxy Watch release time. The LTE version will be available later.

Unlike the Galaxy Home, the Samsung Galaxy watch is priced around £279 in UK, $330 for the 42mm version and $350 for the 46mm. The watch will be available at Amazon, Best Buy and Samsung.com; orders on Samsung.com before Sept. 8 will receive a free Samsung watch band.