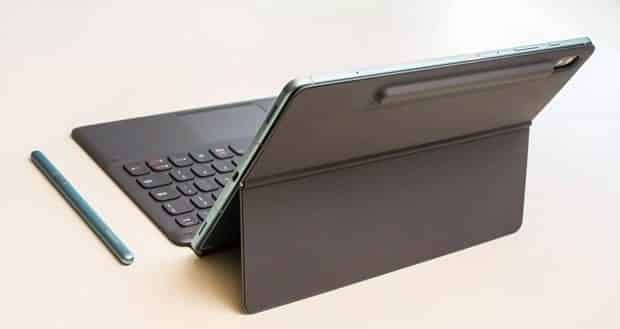 Samsung unveils the Galaxy Tab S6 to take on Apple iPad PRO with its magnificent thin bezels, faster performance, light-weighted and available in 128GB /256GB internal storage with 6GB and 8GB of RAM for multitasking.

The Samsung Galaxy Tab S6 stands as one of the company’s best tablet right now, as it offers impressive specs, features and stunning design at the back panel.

The Galaxy Tab S6 is just one of the top high-end Android tablets, thanks to Samsung who are still interested in unveiling top-premium tablets that are powered by Android OS, and it is the successor to the last year’s Samsung Galaxy TAB S4.

Some of the premium features of the Samsung Galaxy Tab S6 is the 10.5-inch WQXGA Super AMOLED display, in-display Fingerprint sensor scanner, S-Pen support, dual rear cameras, Quad Speakers and it is powered by Qualcomm Snapdragon 855 SoC. Anyways, lets take a quick look at the specifications. 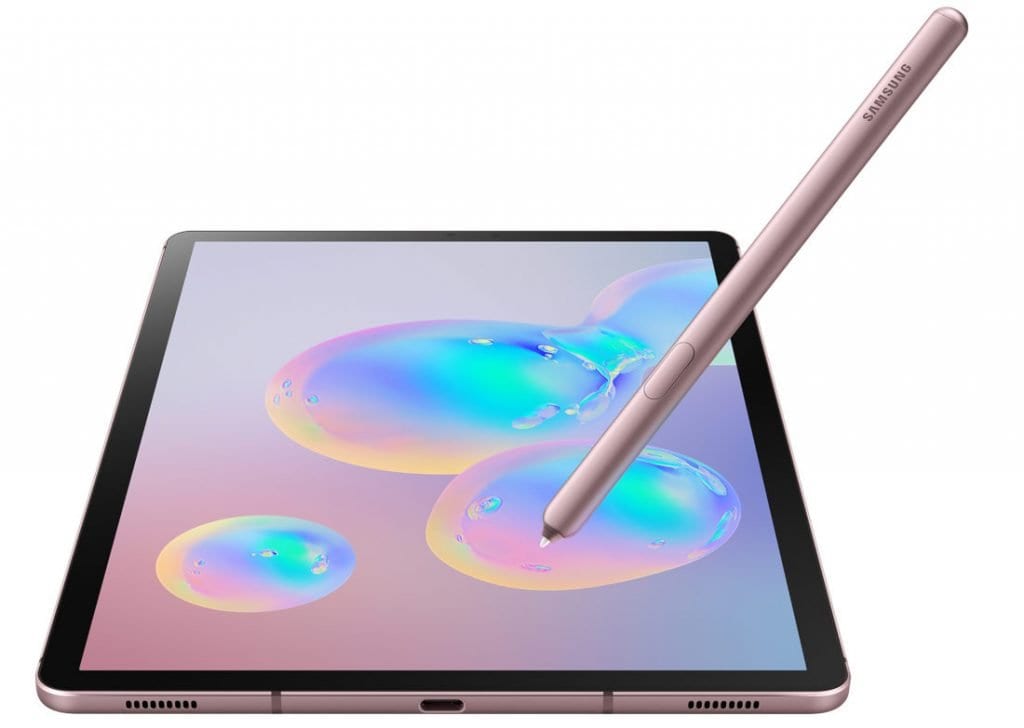 Samsung unveiled the low-end Galaxy Tab A and the midrange Tab S5e but the recent Galaxy Tab S6 sits at the top of them all, as it features 10.5-inch (2560×1600 pixel) WQXGA Super AMOLED display and the bezels of the tab are now smaller and thinner. It has a 5.7mm slim metal body.

Well, comes with a fingerprint sensor scanner that is completely built right into the display of the tab. Comes with four speakers at the edges, two on each side when the tablet is held in landscape. And it is available in Mountain Gray, Cloud Blue and Rose Blush colors options.

Much like the Apple’s iPad Pro and Microsoft’s Surface Pro, the Samsung Galaxy Tab S6 is designed to work flawlessly in both productivity work and entertainment needs, it is a 2-in-1 Tab like its predecessor Samsung Galaxy Tab S4. Although, they are pretty much other massive changes.

Comes with a dual rear camera setup, and the company decided to improve the camera quality of the new tab with the main 13-megapixel lens and another 5-megapixel ultrawide lens up to 123 degrees and there is a single 8-megapixel sensor for selfies and video chatting.

Well, the reason behind improving the camera quality was mentioned by the company, who said that 86 percent of people who bought the Tab S4 were using the camera app “regularly.”

Keyboard with trackpad and S-Pen

It comes with few amusing accessories such as an improved keyboard case with a small trackpad along for $179 with a built-in kickstand, that is easy to adjust, as you can easily detach the keyboard part of the case and leave the kickstand to watch YouTube video, especially when you are not typing anything.

It supports Samsung’s DeX interface, which provides a more desktop-like experience when using the tablet with a keyboard. Although, it is still having some annoying feature but Samsung made an incredible efforts to improve it, as the new keyboard attachment has a function key to launch DeX quickly.

And then, we have the S-pen support on the Galaxy Tab S6, as it is easily attachable magnetically and can charge when it’s in the cradle. There is a battery indicator when you’ve placed the stylus in the dock. But the magnetic placement isn’t the best idea tho, as it can be easily knock-off without knowing.

More like the Samsung Galaxy Note 9, the S-pen features a Bluetooth capabilities such as to take selfies and videos, remote control for your multimedia player and it promises up to 10 hours of battery life with ten minutes of charging.