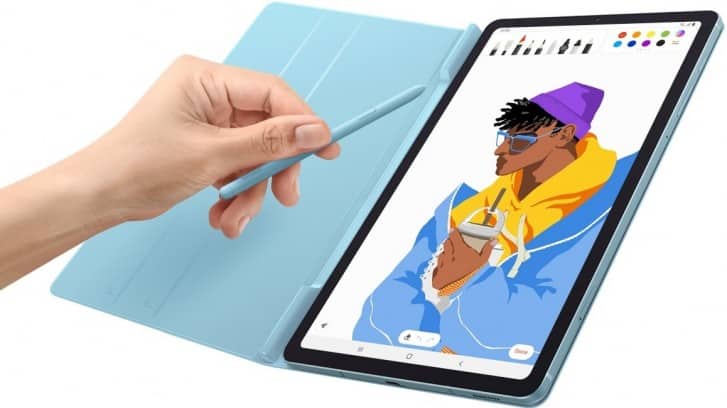 The Galaxy Tab S6 Lite is Samsung’s latest tablet, and the toned-down version of its vanilla Samsung Galaxy Tab S6, which was unveiled last July. Both devices are notably different from each other.

Well, there have been a series of rumors from regarding the Tab S6 Lite and here it is. You can find the tablet in two major variants, – 64GB and 128GB.

This isn’t the second Galaxy Tab in the Tab S6 series,  Samsung recently unveiled the Tab S6 5G variants. Meanwhile, the Tab S6 Lite will come with a 4-month YouTube Premium subscription in the Indonesian branch.

In order to add some touches of Samsung signatures, it features S-Pen stylus support, which attaches itself magnetically to a separately sold Book Cover.

And there is the 3.5mm headphone jack, which is quite different from the normal Galaxy Tab S6 with USB Type-C connectivity and comes with AKG-tuned speakers and Dolby Atmos.