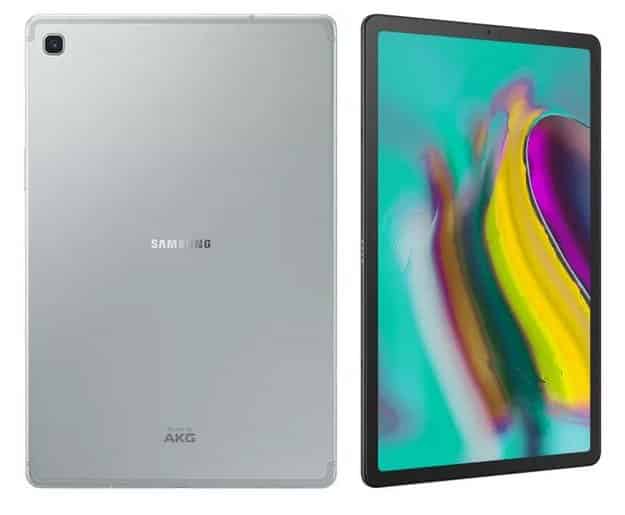 Samsung Galaxy Tab S5e has been announced, and it is the company’s lightest and thinnest tablet ever with 10.5-inch display, and comes in three friendly colors.

In 2018, Apple released the first slimmest and thinnest tablet ever, known as the iPad Pro. But Samsung just launched its own similar Galaxy Tab S5e.

However, the both tablet seems to be the best from the company’s. The Galaxy Tab S5e just happens to be the thinnest and lightest all-metal from Samsung.

The new Samsung Galaxy Tab S5e might be the best Galaxy Tab that is priced at $399, which is just a take away from the self-claimed premium Galaxy Tab S4 at $649. 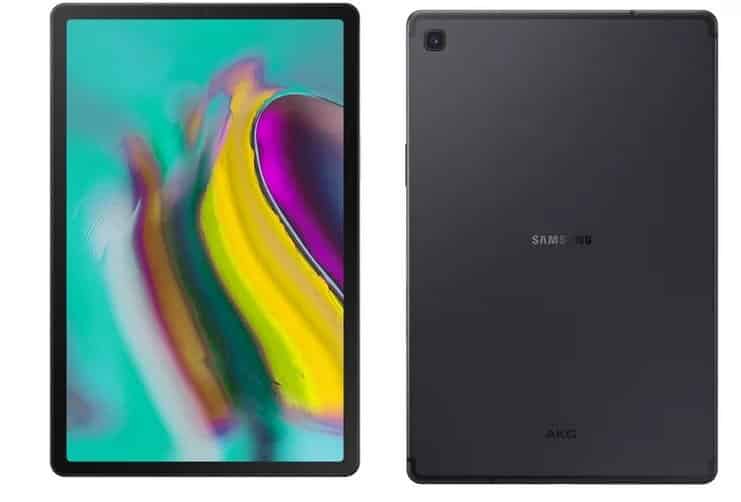 Plainly, the Samsung Galaxy Tab S5e arrives with a slimmer bezels at the top and bottom, 5.5mm thick and weighing in at just 400 grams.

The iPad Pro comes with 11-inch, 5.9mm thick and weighs 468 grams, which actually means that the Tab S5e is much more lighter and thinner than the Tab S5e.

Of course, you can find that attractive design, polished metal uni-body case design in a metal finish and the corners are completely rounded.

It features a 10.5-inch Super AMOLED device with a 16:10 aspect ratio and 2560 x 1600 resolution. The device is available only in Gold, Silver and Black color option.

Fortunately, Samsung is boasting of a much higher screen-to-body ratio than the Galaxy S4 and almost equivalent to the iPad Pro. The power key doubles as the fingerprint scanner.

If you’d like it, there is an optional Book cover keyboard that you can use with DeX mode for a laptop-like experience with no stylus support (for all models).

Samsung Dex, allows users to interact with their device using the screen, mouse, keyboard, or the trio. It is much like a desktop-style Android environment, like the Note 9 and Tab S4.

The Galaxy Tab S2 cameras were actually great for a tablet, and Samsung redefined the camera sensors and made it much more clearer on the Tab S3, and then the Tab S4.

While the back rear camera is enhanced with a not-so-bad 13-megapixels camera. Well, it can actually take cool cameras. Which are capable of shooting 4K video at 30 frames per second.

It is wonderful to let you know that the Tab S5e syncs up with your Galaxy smartphone, so you can answer calls and reply to texts straight from the tablet.

Arrives in two different variant, there is the 4GB RAM and 64GB ROM or 6GB RAM and 128GB ROM storage sizes. Both models support 512GB of external memory with microSD card.

Samsung’s also promising up to 14.5 hours of battery life, all thanks to the inbuilt 7,040mAh battery capacity. And it supports fast charging over the USB-C port.

Wow, the Galaxy Tab S5e is the first tablet from Samsung to run Android 9.0 Pie with One UI on top. And it comes with Quad AKG tuned speakers, with Dolby Atmos this will definitely deliver the best audio experience.

The Android OS also arrive with an integrated Bixby Voice functionality. Where you can actually make the voice assistant complete all the tasks without touching it, like to turn on your music playlist of the day or control your home appliances while you’re away.

However, the LTE version of the Tab S5e goes for €480 in Europe, while the US price will be around $460. Note that, when you pre-order, you’ll get a free pair of AKG Y500 headphones.

Well, well, the Samsung Galaxy Tab S5e was purely a hit in the head, but there is no much groundbreaking or unique specifications and features, which can not be differentiated properly from the Galaxy Tab S4.