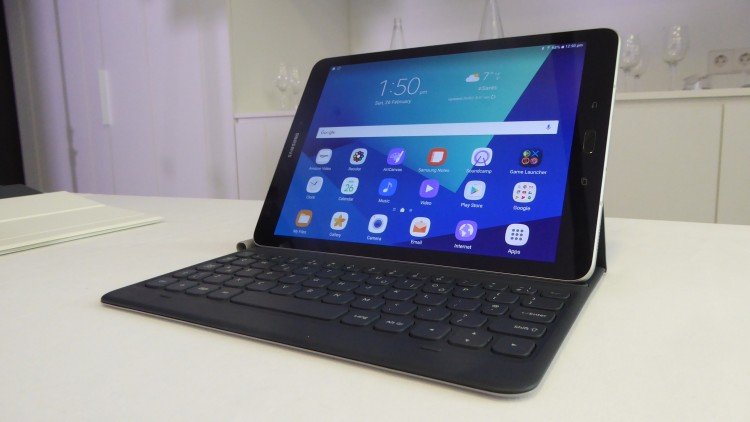 Samsung Mobile were among those that participated in the Mobile World Congress and they did showcase what they have for now, few other stuff and this Monstrous Samsung Galaxy Tab S3!

The Galaxy Tab S3 arrives with a 9.7-inch slab features a 2048×1536 pixel Super AMOLED display, a Snapdragon 820 quad-core processor, 4GB RAM paired with 32GB of onboard storage, a massive quick-charging 6,000mAh battery, and a microSD slot for adding up 256GB more space.

The Galaxy Tab S3 takes a lot of the good features the line already has, such as strong battery life, expandable
memory and great screen technology, and fuses these well with the aforementioned speakers and stylus. 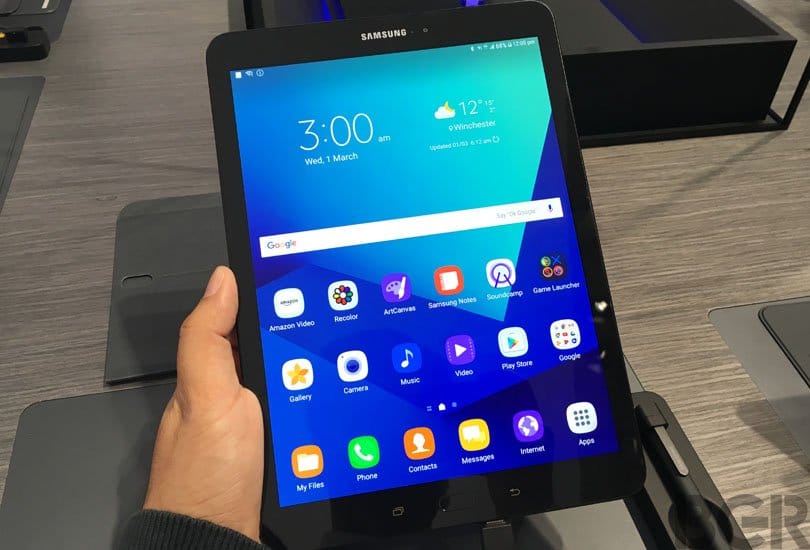 The Tab S3 also comes with a retooled S Pen stylus, that has a finer tip and better pressure sensitivity than the last model; it works with built-in apps to let you do things like jot down notes and annotate PDFs. You can also pick up a keyboard case that attaches to the side of the tablet.

We don’t have a whole lot of information about the release date for Samsung’s new Android tablet. We do know it’ll be coming to the UK and the US.

From the former price of the gadget, the Galaxy Tab S3 may cost a lot more higher or lower than we expected. Stay Tuned.

Watch the below video;

The Samsung Galaxy new tab features a lot of impressive specifications and it was one of the devices that caught the show at the MWC 2017 Barcelona. Although, people still looked at the former Tab S2 as the best Android Tablet. Below are few reviews.

The Galaxy Tab S3 comes with a great Tag from the company stating “A Gateway to Immersive and Powerful Entertainment” The Tab S2 design are incredible wonderful and amazing, although it cannot be compared to the newly introduced Tab S3.

The tablet is available in a choice of either understated silver or black and its soft-colored cover accessories, available in black, white and green, feature powdery matte finishing to complete the device’s stylish look.

The Samsung Galaxy Tab S3 takes mobile entertainment to the next level providing a cinema-like experience with 4K video playback and a stunning Super AMOLED display.

The Samsung Galaxy Tab S3 features a very 13-megapixel rear and 5-megapixel front-facing cameras ensure crisp and clear photos. With the tab at your peak, you could be able to take appealing photos and selfies would be more preferable too.

The Battery! Impressive! The Galaxy Tab S3 comes with a huge 6,000mAh battery capacity and it also arrives with Fast Charging which can be able to last up to a week plus. It latter features allows user to optimize their device’s battery to lengthen a gaming session. 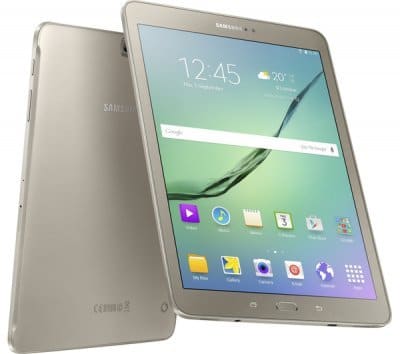 Storing of applications, musics, videos, games will be at it peak with the 32GB micro SD up to 256GB and with the Qualcomm Snapdragon 820 processor and 4GB of RAM, it will definitely allow users to enjoy content in lifelike HDR, as well as 4K, wherever they go.

Not just that, Gaming is also at it best. Gaming on the tablet has been taken up a notch all due to a streamlined UX and the addition of a new Game Launcher.

The latter features options to help users get more out of their gaming experience, allowing them to optimize their device’s battery to lengthen a gaming session, live broadcast their gaming, and turn off notifications with ‘Do Not Disturb’ mode so they can better focus on the action at hand.

Tab 3 with a Redefined S Pen

The S Pen boasts a fine, 0.7mm tip and industry-leading sensitivity, recognizing 4,096 levels of pressure. Slide-proof and measuring just over 9mm thick, the S Pen provides a comfortable and stable grip that allows for a more natural handwriting experience overall. 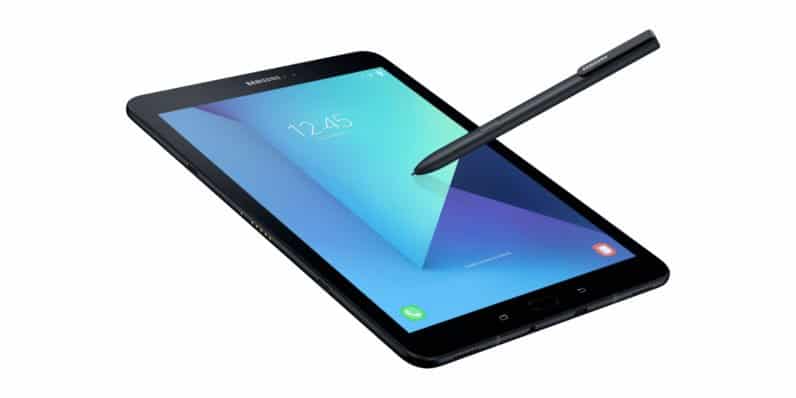 The Galaxy Tab S3 features a Quad Stereo-Sound Speakers. This is the first Samsung tablet to boast such a design, which places powerful speakers crafted by AKG by Harman in each corner of the device.

The speakers’ ‘Auto Rotate Stereo’ function allows the tablet to redirect sound based on its orientation, creating a more accurate and consistent listening experience.