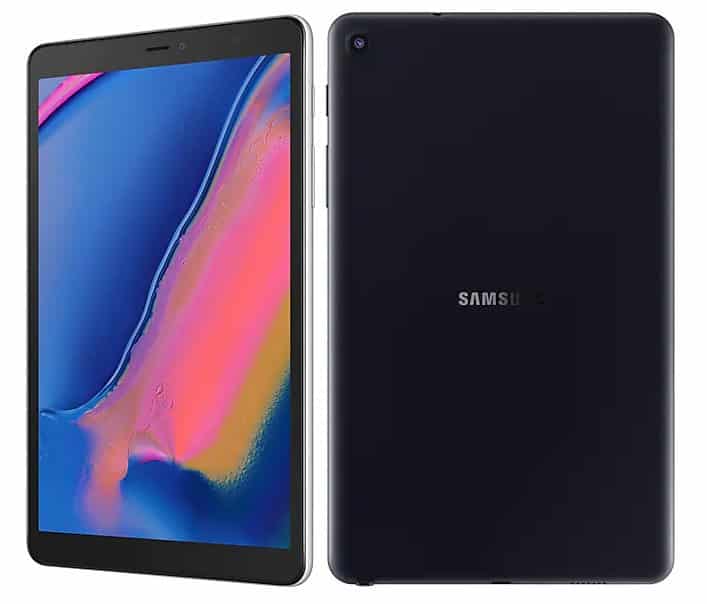 Samsung Galaxy Tab A 8.0 was introduced silently in Thailand, and the most salient feature about the tab, is the support for S-PEN.

Anyways, the Tab A 8.0 is the most affordable alternative to the Tab S5e. And it is a much more smaller version of the recently released Galaxy Tab A 10.1.

It also comes with one-tap blue light filter feature to activate the native low-light mode for reducing strain on the eyes.

The Galaxy Tab A 8.0 arrives with S-Pen support, which has a dedicated slot to house the S-Pen. However, it is IP68 rating for protection against dust and water.

The Galaxy Tab A 8.0 will be available in Black and Grey colour options. The design is almost similar to the larger Samsung Galaxy Tab A 10.1.

For the Imaging, the Galaxy Tab A arrives with a respectable 8-megapixel camera sensor at the back. The rear camera can record 4K videos at up to 30fps.

The front holds a 5-megapixel camera lens, which acts as the selfie shooter. It is band by various selfie camera features, which will brings a more reputable selfies gallery.

The Tab A 8.0 is powered by an Exynos 7904 chipset running at an 1.8GHz Octa-core processor, coupled with 3GB of RAM. Delivering more life, better performance and more.

It runs on Android 9 Pie out of the box, 32GB of inbuilt storage, which can be expanded up to 512GB via a dedicated microSD card slot.

The device is powered by a 4,200mAh battery capacity with NO fast charging support. Samsung boasts of 11 hours of web browsing, while the LTE model, can give you 11 hours of Internet usage on the go.

For the pricing, Samsung keeps it a mystery but the Tab A 8.0 will be available in Cambodia, Laos, Malaysia, New Zealand, Philippines, Singapore, Thailand, Vietnam as well in the UK via Carphone Warehouse.