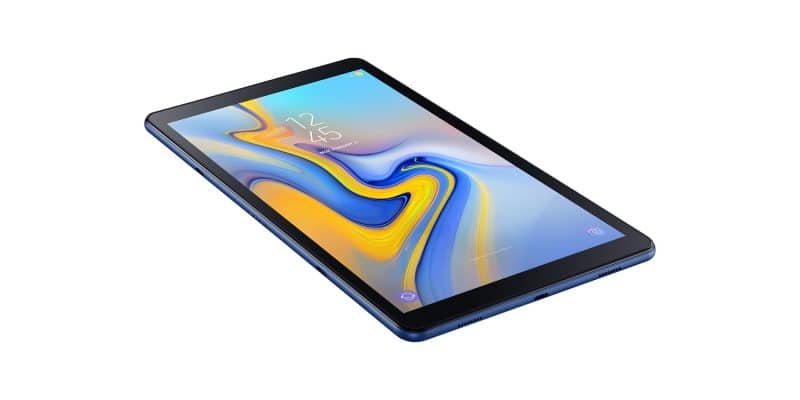 The Samsung Galaxy Tab a 10.5 arrives with a 10.5 LCD 1080p display panel, allows you to watch movies, play intensive games at high definition mode. The new tab is definitely a game for everyone.

Alongside the Galaxy Tab S4, Samsung electronics also unveiled the affordable version, which is the Samsung Galaxy Tab A 10.5. It might not be a high-end flagship tablet, but it offers more impressive specs and features.

Anyways, the new Samsung Galaxy Tab A 10.5 will launch in India for Rs 30,000, sooner or later in the year. The tablet was announced in WiFi and LTE versions, but that case might be different only in India.

“Samsung Electronics today launched the Samsung Galaxy Tab A 10.5’’, a new tablet that keeps you and the family entertained while at home or on the go. Featuring new family-friendly entertainment options and enhanced audio and visual features, the Galaxy Tab A 10.5’’ is ideal for enjoying your favorite movies or shows at home or on the go. Whether you’re lounging on the couch or enjoying a long drive with your family, the Galaxy Tab A 10.5’’ can keep you and your children entertained for hours. And with added connectivity features like Samsung’s SmartThings, managing your home has never been easier.”

Everything on the tab is fueled by a 7300 mAh battery charged over USB-C, that is the same stuff on the Galaxy Tab S4. For the camera, it has an 8-megapixel rear camera with LED flash and 5-megapixel front camera.

But unfortunately, the following are missing out: Keyboard cover, DeX support, and many other notable stuff on the Galaxy Tab S4. And yes, it still doesn’t comes with any other form of security.

The Tab S4 offers Face ID Unlock and Iris scanner and no fingerprint sensor, the Tab A 10.5 fails to come with any of them.

It does have four speakers with Dolby Atmos, as well as that 16:10 aspect ratio which is great for movies. Unfortunately, there’s no information just yet on when this tablet will debut, or exactly how much it will cost. Probably, we are looking $380 for LTE and WiFi version.