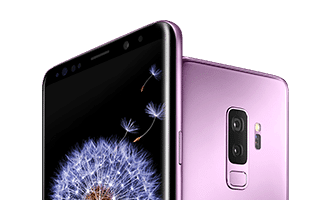 It is no longer news that Samsung Mobile has finally launched the long anticipated Android Smartphone of the year in an early launch during the ongoing Mobile World Congress 2018 at Barcelona. This is in regards to their Galaxy S flagship phones.

Lets make welcome, the Samsung Galaxy S9 – which is the successor to the last year flagship, Galaxy S8. The Galaxy S9 arrives with so much amazing specs that is teeming with wildfire for their customers to hold unto.

Words are already out that the Galaxy S9 would caught the eyes of many during the show and the truth be told, it is not far from that. With every little detail out, specs out, FBL got you covered here. Although, big techies has already spent most time with the phone before the launch.

Surprising to those that aren’t following the leaks on this blog for a very long time, the Galaxy S9 design at the back is a very huge significant different while comparing the Galaxy S8 as the same with Galaxy S7!

There are also many other differences which includes, sizes which are not the same with last year’s models and also the bezels around the Super AMOLED displays have been made smaller, the new 7000 series aluminum is stronger, and the glass is 20% thicker to increase durability.  What do you expect from the top OLED display producers?

Both the Galaxy S9 and Galaxy S9+ are slightly shorter and narrower than the models they replace, but also slightly thicker. 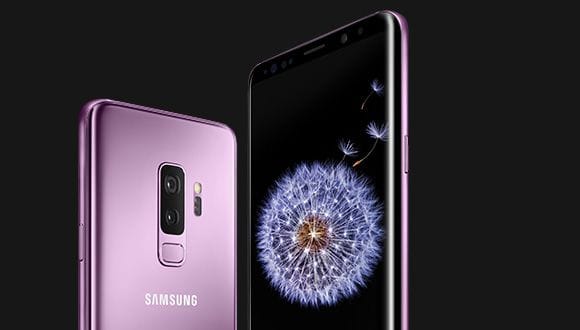 As we promised to update you, the Samsung Galaxy S9 launch date is today (February 25) and the phone will be up for pre-order in the next few hours or days or to be precise, beginning from March 2nd Availability and shipping of product will start from March 16th.

Looking at the differences between the physical design of the predecessor and the successor, the Galaxy S9 comes with a smaller upper and lower bezels than the Galaxy S8 with its massive super clear 5.8-inch QHD+ Super AMOLED Infinity Display resolution (QHD+) and aspect ratio (18.5:9) with 567 pixels per inch and are significantly more brighter.

On the Galaxy S9, Samsung added few fractions of a millimeter to the width and thickness, hence, measuring 147.7 x 68.7 x 8.5mm. But don’t worry, it is hand friendly. When comparing the weight, the Galaxy S9 weighs 168g which is heavier than 155g on Galaxy S8 and more lighter than the iPhone X 174g.

There is fine curved trimmed display featuring a Iris scanner in the bezel above the display. There is the assistant shortcut key which is the Bixby button that is below the volume key and other other side, we have the power/lock key.

It is very fortunate that Samsung did not skip the headphone jack on the Galaxy S9 and there is SIM/microSD card tray which is on the top edge. Furthering forward, there is a USB-C port and a speaker – one of two, with the other built into the earpiece on the front of the phone.

The Samsung Galaxy S9 will be available in three colors: midnight black, coral blue and the new shade of lilac pink and maybe, there might be a titanium grey option for some selected country.

As we have already aforementioned, the Samsung Galaxy S9 is all about the camera! Some other blogs, point out that the phone is mainly made for social media – of course, there aren’t far from what it looks like. The camera on the Galaxy S9 is so pointed and crystal clear, that you can mistake it for a DSLR.

The Galaxy S9 is the world first smartphone camera to include dual apertures, with one f/2.4 aperture for good recurring crisp pictures of well-lit scenes, and a second f/1.5 aperture for shockingly clear low-light photos. Samsung calls it “Super Speed Dual Pixel camera”

On the Galaxy S9 rear-facing 12MP option, featuring Samsung’s dual-aperture technology, allowing the camera aperture to expand and contract depending on light levels , just as the human eye does. In comparison, the Galaxy S9 camera is more brighter and powerful than the Google Pixel 2 and iPhone X.

And also, Samsung captured the far superior image with more detail, more clarity, and less noise. There is also a 8MP AF sensor at 1/3.6 aperture, you can take super clear selfies with yourself and your friends, families.

Another camera added feature, is the slow-motion video at 960fps which is recorded at 720p (HD), while 240fps slo-mo can be grabbed at Full HD (1080p) resolution and another smart feature is the Motion Detection, with this, just hold up the space you want to film. You don’t even need to hit the shutter key.

And there is the Bixby Vision camera which translate the words into your native tongue automatically when you point the camera at text in a foreign language,only works, when there is internet connection. Other function, is that it can tell you how many calories are in your food and also serves as location-aware, where it can suggest places to go and provide information on landmarks you point the camera at.

And finally, the Galaxy S9 features a AR Emoji which is just like the Apple’s Animoji. You can select a character from the Galaxy S9’s stable, and it’ll scan your face and have the phone turn you into an emoji which will mimic your expressions, head gestures, and mouth movements as you speak. And you can easily save and share on any third-party application.

The Galaxy S9 features various modes of security for its users, there is the normal fingerprint sensor that is placed underneath the camera. The Galaxy S9 requiring you to swipe your digit over the reader around three times, versus the 16 attempts needed on the S8.

And also, there is the facial and iris recognition combined to form one powerful security. The face and eye scanners work provides a faster unlock time, and as it uses an IR (infrared) camera it’ll even work in the dark. With the traditional unlocks which are pattern, PIN, password.

On the Galaxy S9, there is a battery capacity of 3000mAh, which can power your phone house for a full day on a single charge with a talk time up to 22 hrs. Which is no different on the Galaxy S8. Also features fast Charging on wired and wireless and the Wireless charging is compatible with WPC and PMA.

And on the processor performance, there is the Snapdragon 845 chipset coupled with the company’s firm’s own Exynos 9810 chipset. Comes with a huge 4GB of RAM and a 64GB internal memory while a microSD card port supports cards up to 200GB, allowing you to expand massively on the internal offering.

It runs on Android 8 Oreo operating system smoothly and on the top, there is the Samsung’s Touchwiz UI has been. For a flagship phone, it isn’t bad having the battery capacity of 3000mAh capacity and such RAM although, it is (2GB) short of Galaxy S9 Plus 6GB of RAM!

How do you see the Galaxy S9 in all its Glory?