The Samsung Galaxy S10 Plus is an actual phone with five cameras, bigger magnificent AMOLED screen display, and another Galaxy phone with ultrasonic in-display fingerprint sensor.

2019 Samsung Galaxy S10 and S10 Plus series appears to be the company’s first Smartphone with in-display fingerprint sensor scanner.

Well, Samsung also claimed that the new ultrasonic in-display fingerprint sensor on the both phones, is just the best for now in the market.

Between the Samsung Galaxy S10 and Galaxy S10 Plus, there are few differences, and much similarities. For instance, you can find an extra camera lens on the S10+, that is a bonus.

To eliminate the bezels surrounding the screen has been one of the major success of Samsung, and they have done it again, and this time around, it is with the help of “Infinity-O Display”

After all, the Galaxy S10+ arrives with a larger 6.4-inch QHD+ Curved Dynamic AMOLED Infinity-O Display, 19:9 aspect ratio and pixel density of 438ppi, which is actually not welcoming.

The Samsung Galaxy S10+ is actually slightly shorter than the S9 Plus, and it comes with narrower bezels. Well, it is bigger than any of the series, including the S9 and S9 Plus.

However, despite that the both phones arrived on the same day, with aluminum frames, as its stunning design. But the Galaxy S10 Plus is actually having a ceramic back option for its frames.

Well, Apple design on the iPhone XS and XS Max has been totally different, all thanks to the stainless steel that was used as its design material.

On the screen, you can still find the hole-punch display, this is what Samsung is calling “Infinity-O display” that houses the selfie camera.

The hole-punch is just a hole that sits at the Galaxy S10+ screen up front, and it was just there to avoid the iPhone’s trapezoid notch, and Vivo’s water-drop notch display.

Galaxy S10 Plus comes with premium build quality and feel. And in 2019, one can easily affirm that this is the most premium Samsung phones ever released.

For the first time, we can’t find that traditional fingerprint sensor scanner at the back of a Galaxy phone. Instead it is the ultrasonic fingerprint scanner that’s embedded below the screen.

Well, as already noted during the Galaxy S10 review, the ultrasonic fingerprint scanner won’t work with any how screen guard, but with customized Samsung’s tested screen guard.

The mobile handset will be available in Prism Black, Prism Blue, Prism Green, and Prism White colour variants, as well as Ceramic Black and Ceramic White. 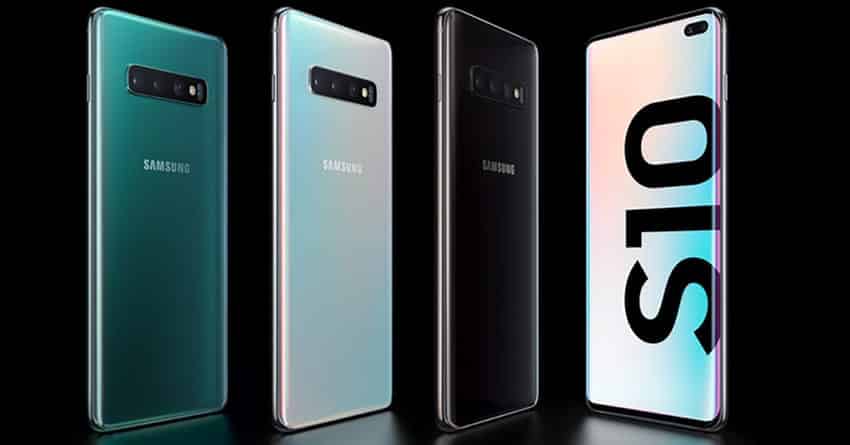 We are not looking at the first phone with five cameras V40, but it pretty does well for the optics. And the rear cameras on the Galaxy S10 and S10+ are the same.

The S10 Plus arrives with a three-lens array that provides wide, super wide, and telephoto framing options at the touch of a button.

A 12-megapixel 77-degree lens wide-angle camera coupled with 2PD autofocus, a variable aperture ranging from f/1.5 to f/2.4, and OIS.

A 12-megapixel 45-degree lens telephoto (0.5x and 2x optical zoom) camera with autofocus, an f/2.4 aperture, and OIS, and a 16-megapixel 123-degree ultra-wide lens camera with fixed focus and an f/2.2 aperture. The setup also provides up to 10x digital zoom.

On the front, the Samsung Galaxy S10 Plus comes with dual selfie camera, 10-megapixel sensor coupled with 2PD autofocus, an f/1.9 aperture, and 80-degree lens and 8-megapixel fixed focus RGB depth sensor featuring an f/2.2 aperture and a 90-degree lens.

There is a “Scene Optimizer” selections that can automatically identify 30 different scenes and optimize the camera’s settings for them, and a new “Shot Suggestion” feature that can help fix poorly framed photos.

There’s also a new “super steady video” mode for smoother footage. Meanwhile, the S10 supports 4K UHD recording on both the front and rear cameras, and it can record in HDR10+. 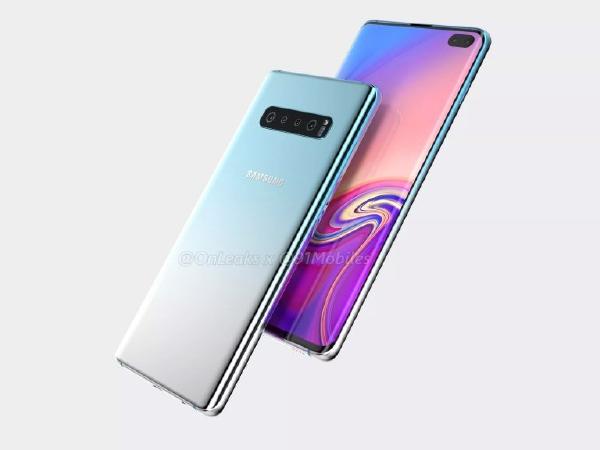 Like the S10, the Galaxy S10+ is also powered by the latest Silicon in the market, it is the 7nm octa-core Qualcomm Snapdragon 855 SoC processor.

It comes with Dolby Atmos for Gaming, and Vapor Chamber cooling. It also comes with what Samsung is calling “AI-powered performance”, where a software preloads commonly used apps, recommends Bixby routines based on usage, and has an Adaptive Power feature that optimizes battery life based on user behaviour.

But this time around, the Galaxy S10 Plus is offering a 12GB variant, and there is still the same 8GB of LPDDR4x RAM option, which is the same with the standard S10.

The Galaxy S10+ comes in three inbuilt storage variants, there is the 128GB, 512GB, and 1TB. Fortunately, if you need more storage, you can expand all three of them via microSD card (up to 512GB).

Galaxy S10+ is fueled by a massive 4,100mAh battery capacity, which is quite bigger than the S10 Smartphone. But they both come with Fast Wireless Charging 2.0.

And Samsung confirmed that the new Galaxy S series Fast Wireless Charging 2.0 is 30 percent faster than the previous generation, and it is compatible with WPC and PMA standards.

Another is the Wireless PowerShare feature, which allows users to charge other devices and Smartphone that are Qi Wireless enabled. Wired charging on the smartphones is compatible with Quick Charge 2.0 and Adaptive Fast Charging.

The Galaxy S10 Plus is just another iteration of Galaxy S series, and it is priced at $999.99. The phone will be available for preorder starting from February 21st, and they will start shipping on March 8th.