The handset arrives after days of serious teasers and rumors. However, the company are keen on overtaking Xiaomi’s budgeted series in India with their M-family.

In other to achieve that, the company sold 2 million units of their first M-family, which includes the Galaxy M10, Galaxy M20, and Galaxy M30 collectively.

With such progress over the months, the company might sell more of their newly launched Samsung Galaxy M40 Android Smartphone.

It arrives with a competitive price tag, and if you are serious on having the device for yourself, you can get the phone starting from next week.

The Samsung is focusing the new phone at “tech-savvy millennials and Gen Z” customers. And it comes with a lot of launch offers. 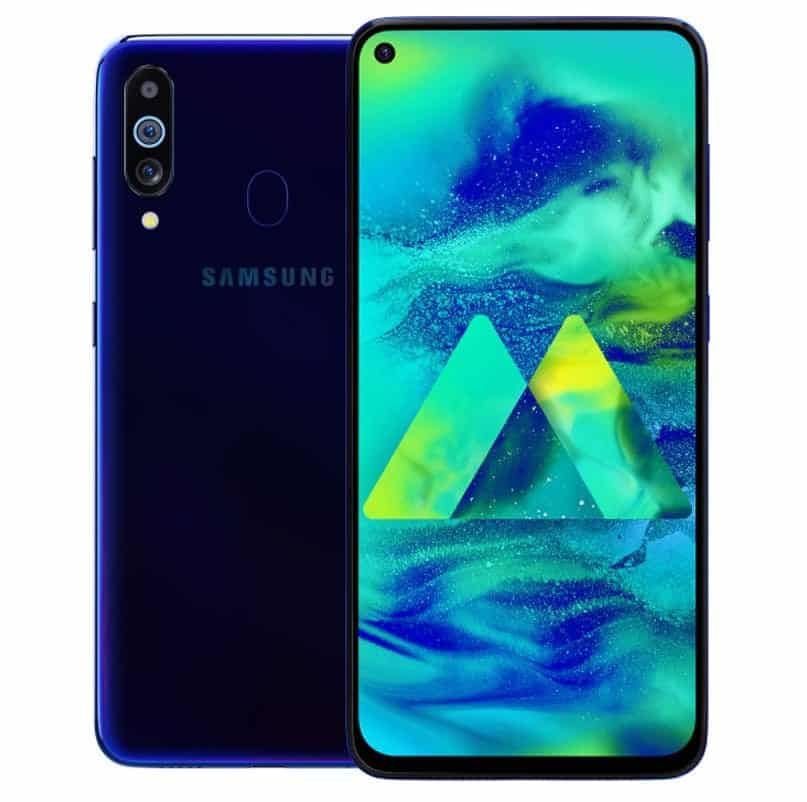 The Samsung Galaxy M40 comes with a stunning gradient back design, and it boasts of other amazing features and specifications, which can be related to the body design.

It comes with a 6.3-inch (2340 x 1080 pixels) Full HD+ Infinity-O LCD, and the screen display is completely protected by the Corning Gorilla Glass 3.

The display panel spits out 480 nits of brightness, and it comes with the company’s screen sound technology that produces audio vibrations on the handset.

The Galaxy M40 Smartphone boasts of a tremendous 91.8% screen-to-body ratio,, 7.9mm of thickness which explains the reduced bezels surrounding the display.

In summary, the phone uses screen sound technology that uses the phone’s screen as an earpiece. However, it supports a rear-mounted fingerprint scanner and comes in in Midnight Blue and Seawater Blue colors options.

At the back of the phone sits a triple rear camera, while the front display houses a single selfie shooter with bunch of camera features.

The Galaxy M40 triple rear camera setup consists of the main 32-megapixel primary sensor with f/1.7 lens, and AI scene optimizer, and there is the 5-megapixel secondary, depth sensor and an 8-megapixel tertiary sensor with an ultra-wide-angle lens.

Well, there are bunch of other camera features, and the video features includes the following 4K recording, Slo-mo, and Hyperlapse.

While the Infinity-O display comes into play here, as it houses a single 16-megapixel sensor at the front with f/2.0 aperture.

The Samsung Galaxy M40 is built around a 2GHz Octa-Core Snapdragon 675 Mobile Platform, paired with Adreno 612 GPU for intensive gaming.

It is only available in 6GB of RAM, and 128GB of internal storage. Unlike OnePlus phones, you can decide to expand the memory storage up to 512GB using a dedicated microSD card slot.

Samsung Galaxy M series recently got updated to One UI based on Android Pie, and the Samsung Galaxy M40 comes with the latest Android 9.0 (Pie) with Samsung One UI.

And the Samsung’s One UI comes with design elements organized to help users easily tap on the clickable elements in the UI without having to use the second hand.

It uses a hybrid SIM tray. And the phone is completely backed by a 3,500mAh battery and supports 15W fast charging via the USB-C interface.

The Samsung Galaxy M40 costs around Rs. 19,990, which is around $290. And the mobile phone will be available via Amazon India and Samsung’s online store starting noon of June 18th.