This is the Samsung Galaxy M30s with 6.4-inch FHD+ Super AMOLED Display, triple rear cameras, 6000mAh battery and it is powered by the latest Exynos 9611 10nm SoC with up to 6GB of RAM.

The Galaxy M30s brings specs upgrades all around. After all, the changes are meant to come as the Galaxy M30 was among the first round of mid-range phones to arrive in the Samsung M-series. 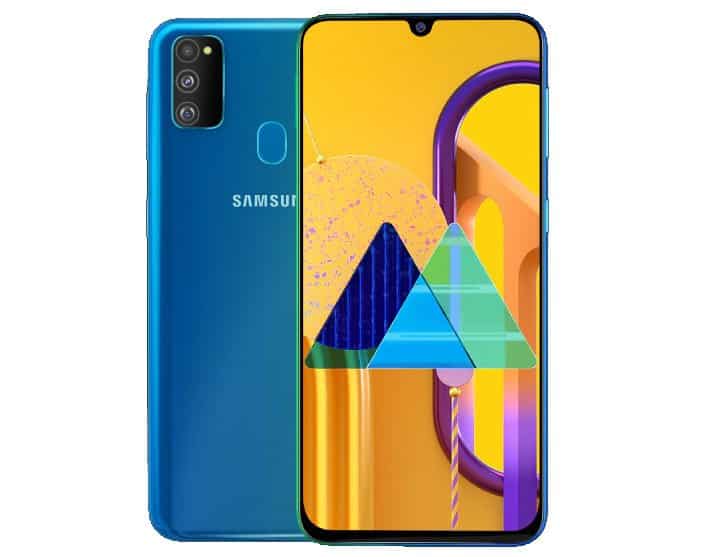 Powered by the latest Exynos 9611 10nm SoC coupled with 4GB and 6GB of RAM, and Mali-G72MP3 GPU. It runs on Android 9 Pie with Samsung One UI 1.5, and features a plastic body with dual-tone finish design with a rear-mounted fingerprint sensor scanner.

During the announcement, the company also detailed the facts that the Galaxy M30s arrives with a triple rear camera setup of the main 48-megapixel rear camera along with an 8-megapixel 123° ultra-wide angle camera and a 5-megapixel depth sensor.

This is a notable upgrade to the Galaxy M30 with 13MP rear camera, as the new 48MP rear camera is actually a reasonable deal in good lighting, and better low light results due to increased sensitivity in its pixel-binned mode.

While the water-drop notch display houses a single 16-megapixel camera on the front, and they made the handset available in Opal Black, Sapphire Blue, and Pearl White color variants.