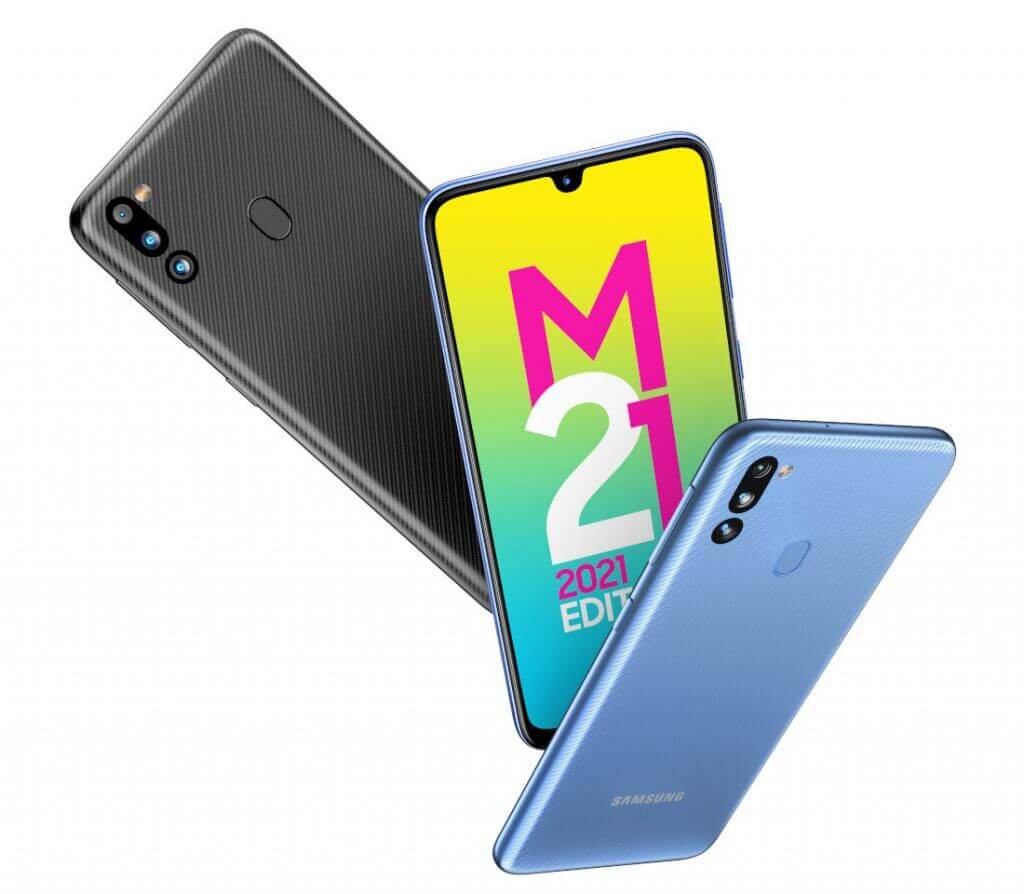 The Galaxy M21 2021 Edition uses slightly different specs and features than the Galaxy M21 that was introduced in last year’s March.

It comes with a rear panel offering a unique design, a primary camera that now uses Samsung ISOCELL GM2 sensor instead of GM1 sensor in the previous model.

Accompaning the main sensor is the 8-megapixel 123° ultra-wide angle camera, 5-megapixel depth sensor and features a 20-megapixel camera on the front.

These cameras are also the same with the Galaxy M21 handset too. On the front is also the same 6.4-inch 1080 pixels Full HD+ Infinity-U Super AMOLED display/

Another little difference is the OS, the Galaxy M21 smartphone boots Android 11-based One UI 3.1 Core, while the previous model runs a downgraded version of One UI 3.1.

It is available in two varaint, there is 4GB RAM with 64GB and 6GB RAM with 128GB storage, and it is expandable up to 512GB via micro SD card.

Among other specs similar to the Galaxy M21 series, the Galaxy M21 2021 Edition is also fueled by a 6000mAh battery with 15W fast charging through USB Type-C.

The Samsung Galaxy M21s is also identical to the M21 and the new 2021 Edition. The difference are 32MP selfie shooter and main 64MP rear camera.

The Samsung Galaxy M21 2021 Edition comes in Arctic Blue and Charcoal Black color options and these will be available via Samsung’s online store, Amazon.in, and retail stores across the country.