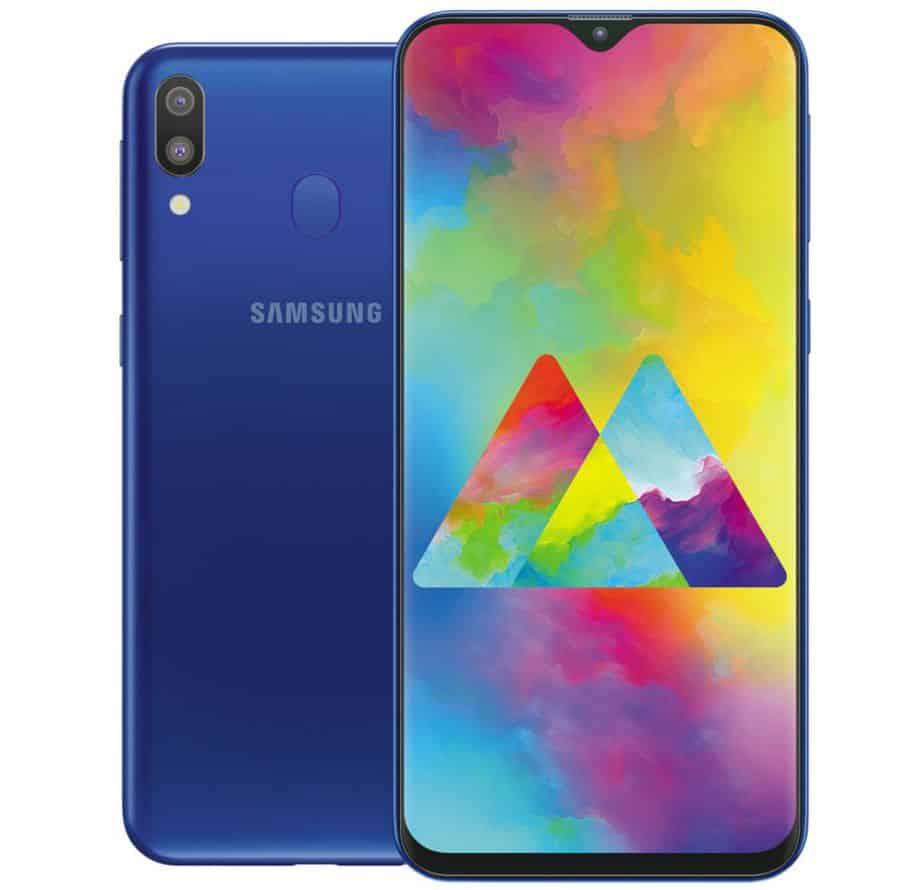 The new Galaxy M phones are marketed as “India-first” smartphones and targeted to the millennials. The company has partnered with Amazon for the official launch.

The handset comes with dual camera, rear fingerprint sensor scanner and it is available in Charcoal Black and Ocean Blue color options.

The optics of a mobile phone handset is definitely the selling point, and the Galaxy M20 is actually buying that idea.

At the back, it comes with a dual rear camera, which consists of a primary 13-megapixel sensor with f/1.9 aperture, and a secondary 5-megapixel ultra-wide sensor.

While for the selfie snapper, it consists of single 8-megapixel sensor alongside with a f/2.0 aperture. Which doubles as Face Unlock. It can take stupendous selfie shots.

The network and connectivity are quite handful, features 2G, 3G, 4G, USB Type-C connectivity, Bluetooth v4.2, WiFi, and others. And dual-SIM (Nano).

Samsung Galaxy M20 is completely powered by a Samsung’s Exynos 7904 SoC, for battery efficiency and optimization. And it comes with a Mali-G71 MP2 GPU for graphic processor.

The phone runs on Android 8.1 Oreo OS based on Samsung Experience 9.5 UX. The phone is available in two different variants, 3GB and 4GB.

It comes with a 32GB and 64GB of storage options, which are expandable up to 512GB via microSD card. It can store large files, musics, movies, pictures, etc.

The smartphone packs a 5,000mAh battery that supports fast charging via USB Type-C. It can stay for long hours, on a single charge.

You can start ordering the Smartphone from February 5th, and it can be purchased from either Amazon.in or Samsung India e-Store.