Alongside with the Galaxy M30s, the company also announced the Samsung Galaxy M10s with a 6.4-inch HD+ Super AMOLED display, Exynos 7884B SoC, 4,000mAh battery, rear-mounted fingerprint scanner, 13-megapixel primary sensor and a 5-megapixel ultra-wide sensor at the back. It has an 8-megapixel selfie camera.

During the launch event, the company made mention that the Galaxy M10s smartphone is the first smartphone under Rs. 10,000 to feature a Super AMOLED display panel. Anyways, it is available in Stone Blue and Piano Black color variants.

It is also more of a entry-level Smartphone than the recently launched Samsung Galaxy M30s. As it is only available in a single 3GB RAM/32GB storage variant, which is priced at Rs. 8,999 ($126). 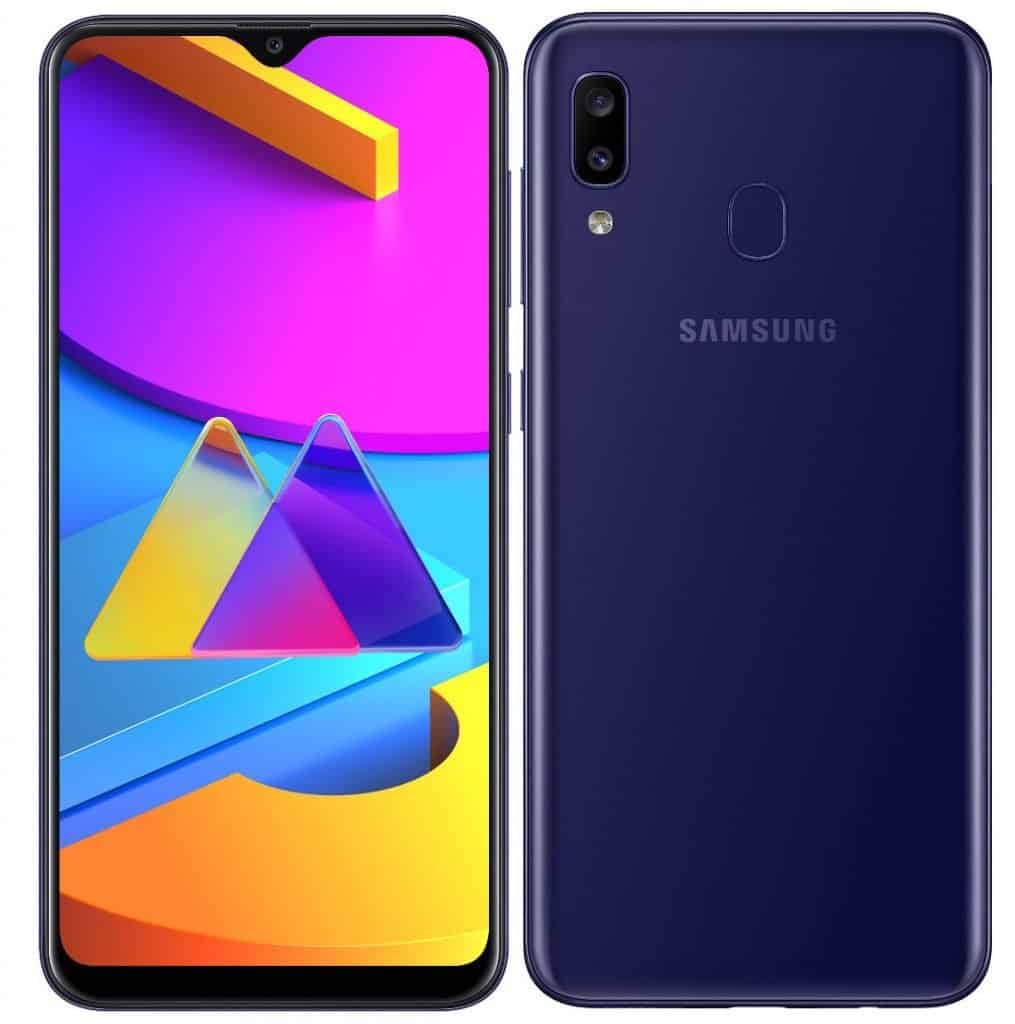 The new Galaxy M1Os smartphone is among the latest Smartphones in the company’s ‘M series’ and it is also the direct successor to Samsung Galaxy M10 mobile phone handset.

The phone has a rear-mounted fingerprint scanner, comes with dedicated dual SIM and microSD slots, 32GB Storage, expandable up to 512GB via micro SD card, and runs on Android 9.0 (Pie) with Samsung One UI out of the box.