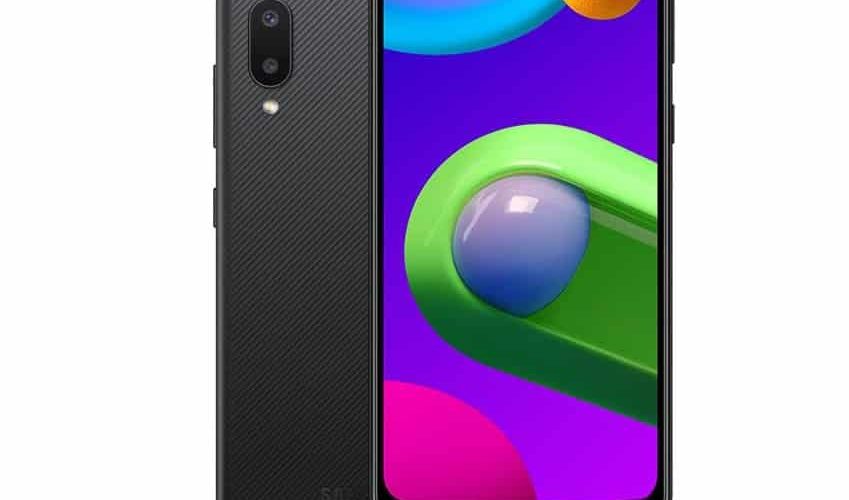 Samsung introduces its latest affordable Smartphone, it is the Samsung Galaxy M02 and it is cheaper than January’s Galaxy M02s. Tho, both mobile handset arrives with identical specifications and different features.

The Samsung Galaxy M02 comes with a 6.5-inch Infinity-V display with HD+ resolution and 1560 × 720 pixels screen resolution. There is the waterdrop notch that hosts the 5-megapixels front-facing camera for selfie.

Holding up inside the rear camera box is a vertical dual-lens sensor, there is the primary 13-megapixel camera with LED flash support and f/1.9 aperture. It is supported by a 2-megapixel macro sensor with an f/2.4 aperture. 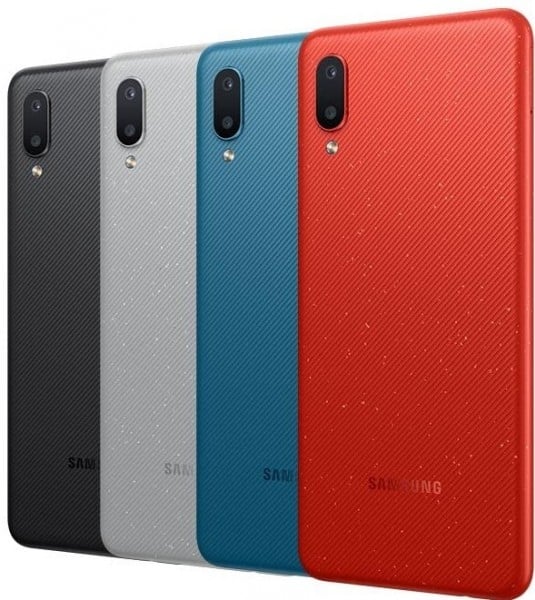 Powering the mobile handset is the MediaTek MT6739W 64-bit processor clocking at 1.5GHz quad-core with PowerVR Rogue GE8100 GPU. It runs on Android 10 OS out of the box with the company’s Samsung One UI skin on top.

The device comes in two major RAM variants, the 2GB and 3GB RAM with a single 32GB internal storage to keep your files intact. And you can easily expand the memory option up to 1TB via a MicroSD card slot.

In order to keep the light of the phone, the Galaxy M02 packs a 5,000mAh battery that draws power from a traditional MicroUSB port. With such a big battery capacity, it can last up to a day on a single charge. Tho, the company did not specify the charging speed. 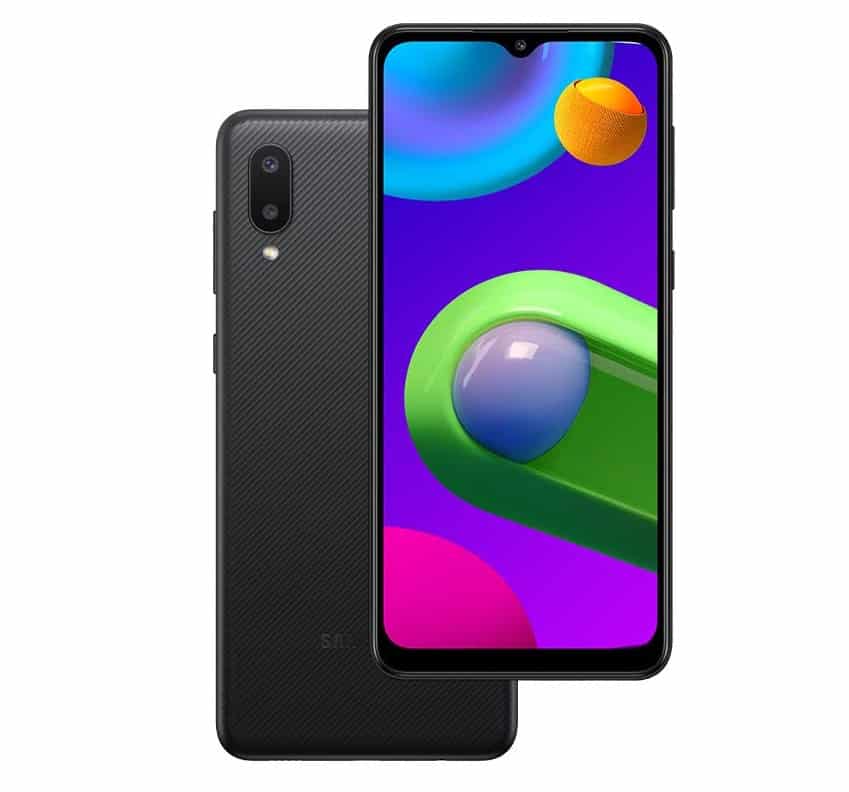 The Galaxy MO2 comes with a textured pattern rear design for a comfortable grip and doesn’t attract fingerprints. For pricing and availability, the 2GB RAM and 32GB storage cost Rs. 6,999 ($96 USD) but will be available at INR6,799 ($93 USD) for a limited time.

It will be available for purchase through Amazon. in, Samsung.com/in as well as offline stores starting from February 9th. However, the Galaxy M02’s 3GB RAM with 32GB storage variant price is unknown.