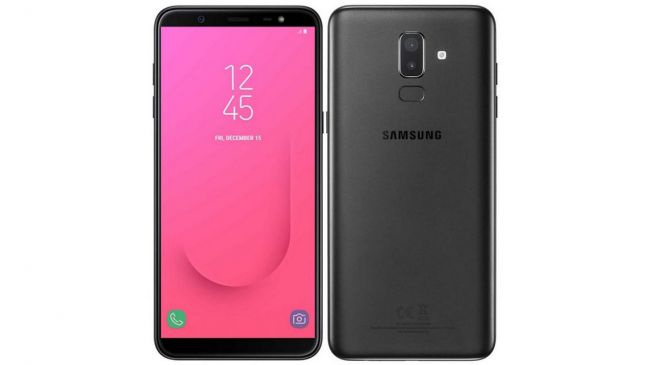 The South Korean Giant, Samsung has just launched the best Smartphones for an affordable price. Introducing to you is the Samsung Galaxy J8 and Galaxy J6 Android Smartphones, they both comes with infinity display while the Galaxy J6 comes with single camera and the other with dual camera set-up.

Samsung added two newer smartphones to the Galaxy J series today and Galaxy A series and the starting price is Rs. 13,990. The both phones packs some differences and few similarities. They are all available in Black, Blue and Gold.

The Galaxy J6 is powered by a octa core Exynos 7870 SoC coupled with Mali T830 GPU while the Galaxy J8 with Octa-core Snapdragon 450 SoC processor with Adreno 506 GPU. And they arrive with a premium polycarbonate unibody.

The both phones runs on Android 8.0 Oreo with Samsung’s custom UI skinned on top. Unlike the Galaxy with 5.6-inch, the Galaxy J8 features a bigger screen display of 6-inch while both arrives with HD+ Super AMOLED 2.5D curved glass display with the same 1480 x 720 pixels resolution.

The Galaxy J8 arrives with Live Focus, this allows you to take portraits with background blur. Meanwhile the both phones comes with fingerprint sensor scanner, which is nicely placed below the camera.

And added to the security, it also comes with a Face Unlock. The facial recognition allows users to keep their phones secured with their face.

The company also made known the availability of the Samsung Mall and the new Chat-Over-Video feature on the both phones. This allows you to use popular messaging apps without having to pause or resize your video. That means, you can basically chat and still watch videos without having to block your view or going to the message platform.