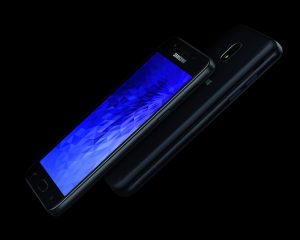 The Korean Giant just announced the Galaxy J3 (2018) and the Galaxy J7 (2018). The newly unveiled smartphones are powered by Android and Samsung is expanding their J-series with affordable price tag, although, they haven’t confirmed the prices.

But the company assured that, the both mid-range phones would be affordable. Surprisingly, there is a significant differences to this year’s variant of the J-series, fully aware that they are both the successor to the last year Galaxy J3 and Galaxy J7.

During the launch, Justin Denison, senior vice president, Mobile Product Strategy and Marketing at Samsung Electronics America states that, “When it comes to smartphones, we know that one size doesn’t fit all. The Galaxy lineup is designed to give consumers the flexibility to choose the phone that best fits their needs,”

“The J3 delivers high-quality features at a great price, and the J7 with its huge HD screen and amazing, advanced camera, is built for users who want more.”

The Galaxy J3 (2018) Android smartphone arrives with a small 5-inch HD with a 720 × 1280 pixel resolution display. That comes handy anyways and it is no different from the last year variant. And being a mid-ranger, we are expecting an IPS LCD screen instead of the high-end OLED display.

Anyways, on the camera aspect, the phone features a 8-megapixels primary camera with f/1.9 aperture lens and an LED flash. On the front, it packs a 5MP sensor with f/2.2 aperture. Unfortunately, Samsung failed to explain the reduction and quality of the rear camera, the Galaxy J3 (2017) arrives with a 13-megapixel primary camera but the same selfie shooter.

The handset is powered by an Exynos 7570 chipset with a quad-core CPU clocked at 1.4GHz and 2GB of RAM. It has 16GB of storage expandable via a MicroSD card slot and a 2,600 mAh battery capacity (Galaxy J3 (2017 comes with 2400mAh). The company assures its customers, that it will last longer.

It features a selfie 13-megapixels camera sensor with f/1.7 aperture and a 13-megpixels front camera with f/1.9 aperture. It just like the Galaxy J7 (2017), that means, we will expect the same camera quality and the rest of the specs remains uncanny.

Anyways, both devices support Samsung’s Knox. Other features on the devices include, Samsung+ app which will offer real-time customer care with Live Voice Chat, community support, and tips and more. The pricing is yet to be know but will definitely arrive later this month.