This is the Samsung Galaxy Home and it is a serious counterpart to what Amazon, Google and Apple are offering with their various virtual assistance speaker. The newly announced device was launched alongside with the Galaxy Note 9!

Basically, the Galaxy Home looks more like a cooking pot. But one thing is different, there is no fireworks to produce the fire. It is pre-installed with with Bixby, for those that don’t know -it is Samsung voice-activated AI assistant.

With the Samsung Galaxy Home, Bixby will get more smarter and incorporated into every single one of the company device. Samsung might be coming late to the smart assistance feature -after all, Apple does that everyday- but with the wide-broad-spectrum range of their device, they are can possibly make it.

Bixby is available in almost all Samsung devices, phones, TVs and smart speakers, refrigerators and robot vacuums. But the company are planning on rolling out the assistance to all their available products, produced within a year or so.

Focusing on high voice quality, Samsung Galaxy Home is taking a dive on Amazon Alexa Echo. After all, Bixby is quite different from what other voice assistance are offering, it helps you interact more with your phone. 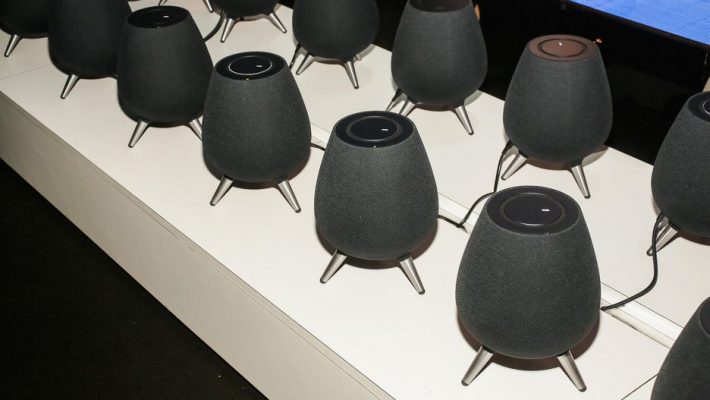 Countless of what is happening around us, the Galaxy Home has full-range of six speakers, onboard subwoofer, “sound steering” and audio tuning by AKG. With eight microphones, offers far-field effect also. It also has support Spotify, Samsung electronics recently collaborated with Spotify.

You might find this weird, funny or strange, but the outlook design on the Galaxy Home, looks more like a three-legged cooking pot has sparkle a lot of controversy on the internet, esp, Twitter, Tumblr, Reddit etc.

Of all the design on Amazon Echo and Apple HomePod devices or any other smart assistance in the world, the Galaxy Home is way much different, comes with a three-legged, cauldron-like design.

For now, Samsung has not made any announcement concerning the Galaxy Home supporting third party apps, much like Amazon’s and Google’s smart speakers. There is no pricing on this new gadgets, but have one thing in mind, Galaxy Home is just a smart speaker!

Samsung said it would announce more details about the Galaxy Home at its developer conference in November. It looks like, we have to wait a little longer for the pricing and availability.