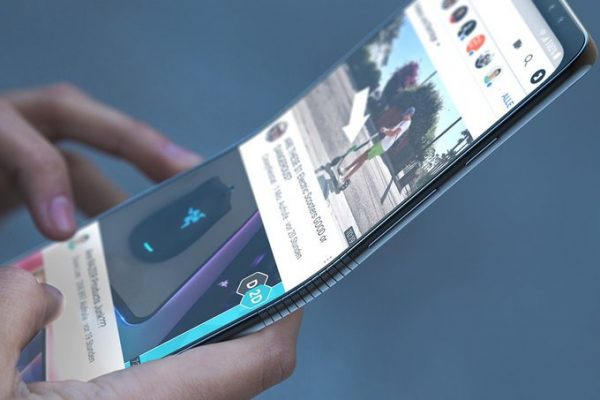 Foldable or bendable mobile phone is still in talks. Samsung mobile will soon unveil theirs, you might as well know that other tech companies are also gunning for that particular title. Say hello to the concept phone, Samsung Galaxy F.

Huawei, Oppo and Xiaomi are the top mobile phone makers that might launch the first foldable handset. From the companies perspective and history line, they have achieve high level of stunts in various ways.

Huawei unveiled the P20 Pro, being the first phone to arrive with tri-leica camera at the back. Oppo is among the top Smartphone makers to launch iPhone X clone, and the second to bring in a 100% screen-to-body-ratio handset, after the Vivo Nex.

Xiaomi was the Chinese Giant but later on, Samsung over throne them somehow. Xiaomi Mix series are perfect in all ways, being the first to ditch big bezels for slimmer borders.

Samsung hosted its second annual Unpacked event of the year, unveiling the Galaxy Note 9 in New York last week. And the DJ Koh made additional remarks about the foldable handset, suggesting the phone will be launched soon enough, in time to claim the title of world’s first foldable phone.

The fight for first foldable handset looks like a war between South Korean Giant and Chinese companies. The Samsung Galaxy F concept phone might come to stores sooner than we expected.

The Vivo Apex was a concept device, before the official launch as Vivo Nex S and Nex A. Samsung has filed for the patent in 2012, and since CES 2009, they have been different names such as Galaxy Q, Galaxy P and the recent Galaxy X etc.

Samsung is looking for mobile phone that can unfold into a 7-inches tablet, and also bend into your pocket compactly. But the price of the upcoming mobile phone is still up there at the sky.

The price of any Samsung bendable phone will be as twice as iPhone X, or any other tech companies that are fighting for that particular title. The phone might launch in January 2019, is it possible or not?

The name for the Samsung foldable device isn’t the matter, but will it bend as expected? And Samsung might use rear-mounted fingerprint, instead of the trending under-display fingerprint sensor. And they might be four cameras, dual selfie snapper, and dual rear camera.

The renders images were produced for NieuweMobile by Jonas Daehnert. Microsoft Andromeda is also a similar device with dual screen phone.

Foldable #GalaxyF #GalaxyX Concept with 21:9 Display. It is definitely something fresh and unusual. I would love to test this design for daily use. But for the estimated price of $1800+ would you even consider getting it?