It is the first of its kind to have QLED display support, Samsung boasts that the Galaxy Chromebook 2 is “World’s First QLED Chromebook” The QLED display offers a bright and vivid viewing experience for movie watchers, creators, students, and more.

The Galaxy Chromebook 2 arrives in two colors, there are the Fiesta Red and Mercury Gray options. Similar to the last year’s premium Chromebook, it is also thin and light at 1.23kg and 13.9mm. 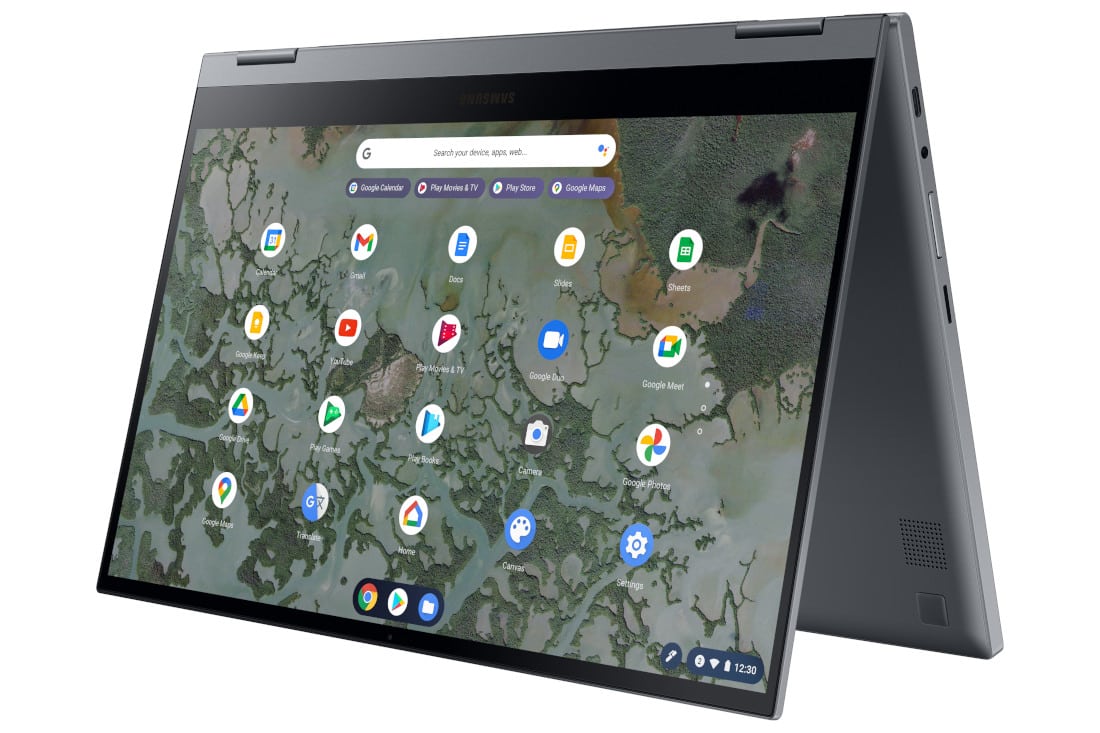 There is support for any Universal Stylus Initiative (USI) that can detect 4,096 levels of pressure. That enables it to quickly take down notes or making digital art. The keyboard is backlit with wider keys to reducing the number of typos.

Galaxy Chromebook 2 is a Chrome OS laptop and it arrives with a Wi-Fi 6 (ax 2×2) and Bluetooth 5.0 as its wireless connectivity. While two USB-C ports and a headphone/microphone combo jack is the wired connectivity.

It runs on Chrome OS, with integrations to the various Google services such as Drive, Meet, etc. This is also first among Chromebooks that can be configured with up to 10th Gen Intel Core i3-10110U, up to 8GB of RAM.

While a 10th gen Intel Core i3 10110U with a dual-core CPU provides higher performance with 4 threads and higher clocks. The new device arrives with a 45.5Wh battery capacity that promises up to 14 hours of use.

Samsung provides a decision that allows you to configure the device in two memory options of your choice, there is the 4GB, and 8GB of RAM and 64GB or 128GB of storage. However, there is also a MicroSD slot for expansion.

It arrives with a 720p webcam for video conferences on Google Meet. The South Korea tech giant said that the two 5W speakers are backed by the Smart AMP feature, which is 178% louder than an average amplifier. You can start ordering the device in the US before the end of March.