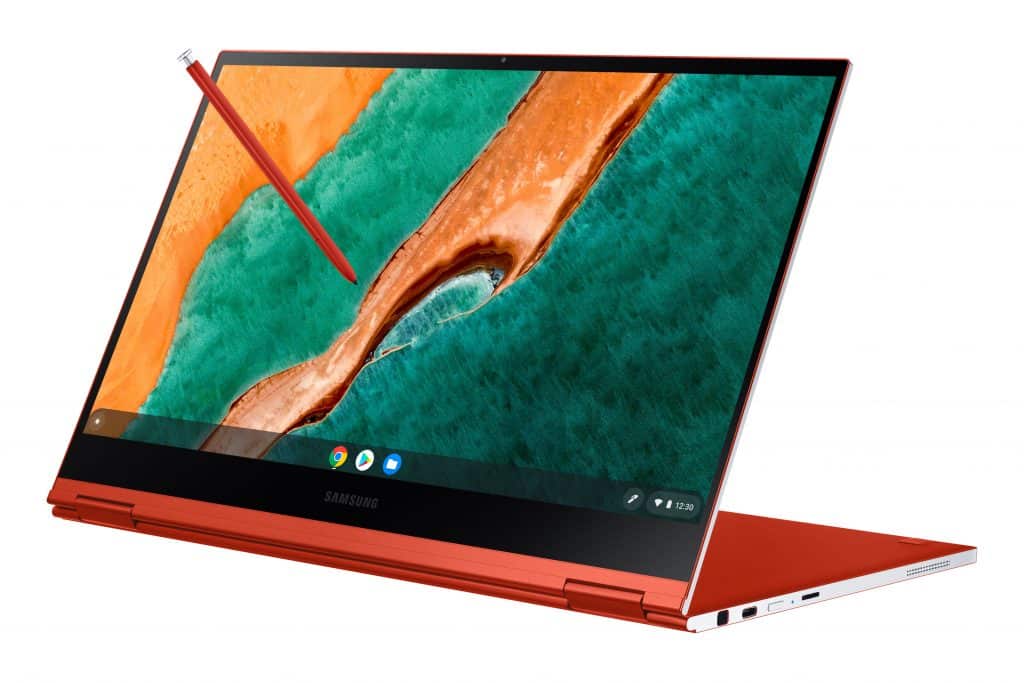 Samsung Galaxy Chromebook 2-in-1 has been officially announced running Chrome OS with a 13.3-inch 4K AMOLED display and powered by a 10th Gen Intel Core processor.

The new Galaxy Chromebook 2-in-1 shares part of Samsung’s success in producing premium Chromebooks. But this one has gotten a spectacular audience, thanks to the new 4K UHD-resolution AMOLED display.

Samsung’s line of Chromebook is definitely incredible, starting from the Chromebook 4, Chromebook 4+, Plus V2, and more. It is powered by the 10th Gen Intel Core i5 processor paired with up to 16GB RAM with up to 1TB SSD.

It runs on Chrome OS, with Click-to-Call and Messaging apps, users can use the features present on Samsung smartphone directly on the Galaxy Chromebook.

The Samsung Galaxy Chromebook arrives with a 13.3-inch 4K AMOLED touchscreen display with a resolution of 3840 x 2160 pixels. Samsung said it comes with a “near-infinite screen” with 3.9mm bezels.

Samsung has said that support for HDR400 will be pushed through a software update. An Integrated Intel UHD GPU takes care of the graphics, and measures 9.9mm thickness.

Looking for an ultraportable Windows laptop, then the Samsung Galaxy Chromebook 2-in-1 device will definitely suit your desires. Even with the advantage of using both Chrome and Android apps.