Samsung Mobile just announced another Dual Camera Android Smartphone in China after the launch of the Galaxy Note 8 and the Galaxy J7 Plus, which are of course, the two first Dual Camera phone of Samsung.

Is the Dual Camera the new thing for Samsung Mobile?

Recently, the Giant of Korea just launched the Samsung Galaxy C8 in September and its specifications are really amazing and quite impressive, inclusive with Facial and Fingerprint recognition scanner.

Well, the Galaxy C8 arrives with cute curves at its edges. It features some other cool specs, which includes the camera, the screen size and many others. Lets take a look at the Key Features. 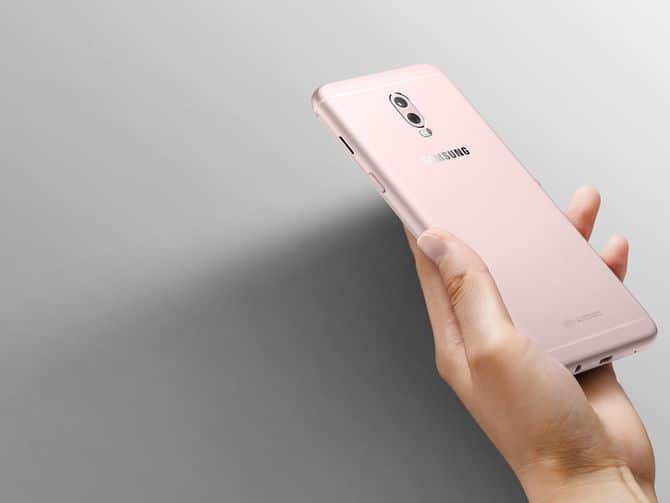 The Galaxy C8 sports a clean curved and elegant designs at the sides. It features a pure 5.5-inch Super AMOLED of 1920x1080px resolution.

It is available in the Black, Gold and Rose Gold colors options. The fingerprint Sensor is on the rear side and it also comes with the Facial Recognition.

The Galaxy C8 arrives with three camera -which is the selling points of the Smartphone- on the front facing side, we have the 16MP with f/1.9 aperture and LED flash for selfies.

Meanwhile, on the rear side, you have Dual Camera -as seen on the Note 8 First and then on the Galaxy J7 Plus- the first is the 13MP with f/1.7 and the other is 5MP with f/1.9 making the images to be more clearer. 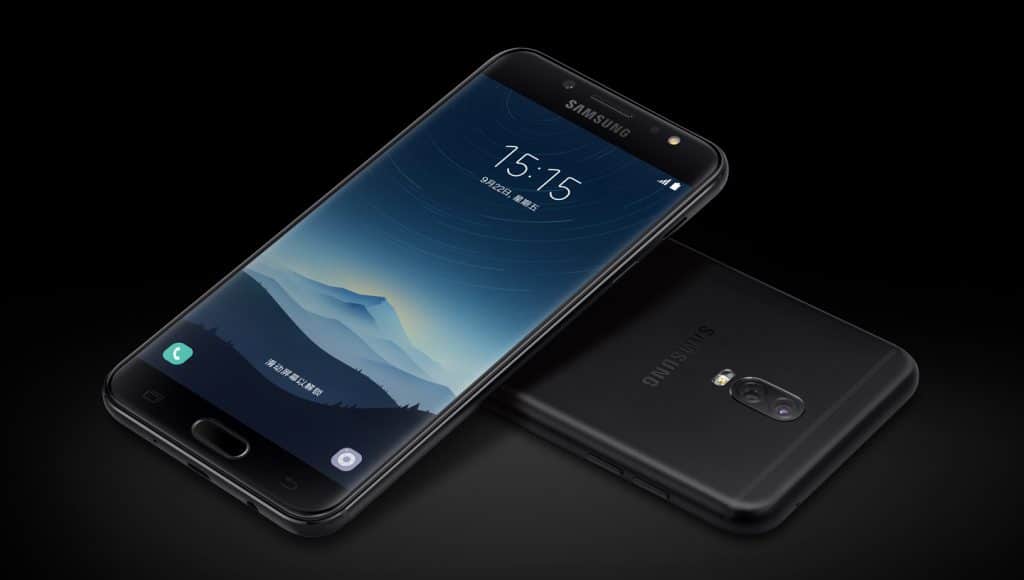 The 32GB/64GB storage with 3GB/4GB of RAM respectively which is the big RAM, is enough to run your Applications without slowing down and also, you have enough of Storage with the insert of the MicroSD card to store up enough Applications, Medias such as Musics, Movies and many others.

The Galaxy C8 also runs Android 7.1.1 Nougat operating system out of the box and comes with dual SIM functionality and also powering the smartphone is an octa-core MediaTek Helio P20 processor.

On the Power house of the Galaxy C8, you have a huge capacity of 3300mAh battery is capable of staying up for hours/days without shutting down, huge talk time and many more.

For the Security aspect, the Galaxy C8 also comes with a fingerprint scanner which is embedded in the home button at the front, right below the display.

And also, it features a Facial Recognition to unlock the phone and the Galaxy C8 also comes with an always-on display.

The Galaxy C8 was recently launched in China. However, the Samsung Galaxy C8 is now officially listed on the China website.

Well, the price is not yet out. In India, it is rumored to arrive after going on Sale in China, meanwhile the Pre-order for the Note 8 will begin sooner and later than expected.