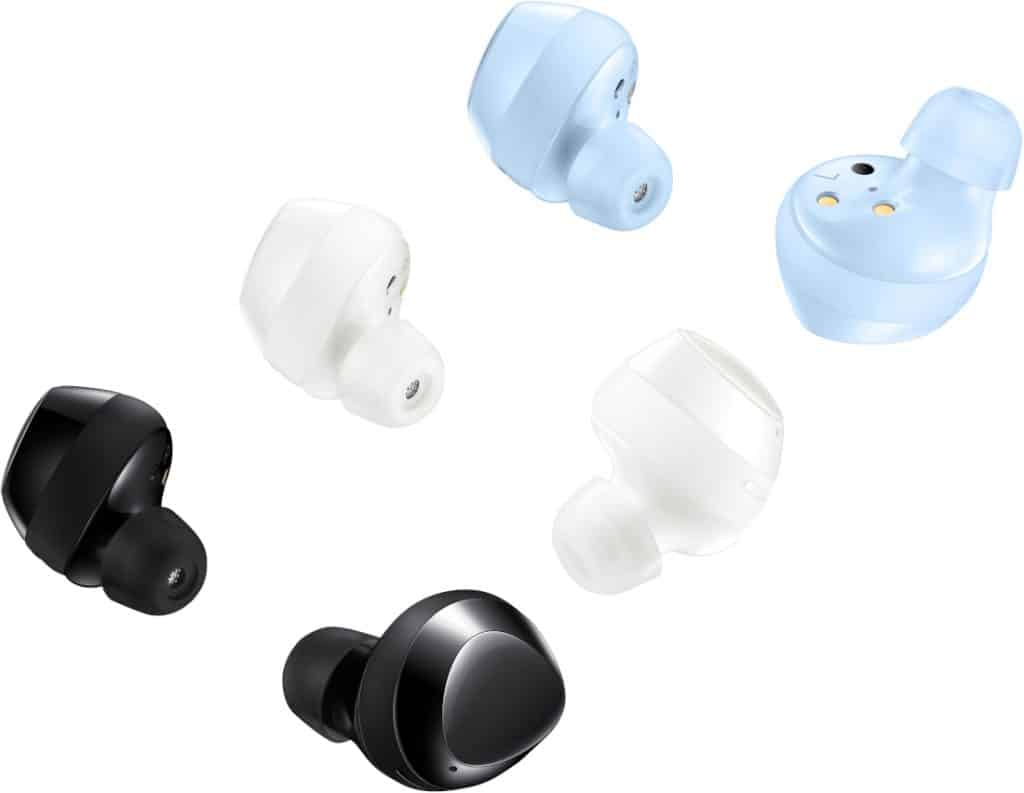 During the Samsung Unfold event, the company also unveiled the Galaxy Buds+ with some advanced and improved features over the predecessor, and its major competitor -Apple Airpod.

The newly-announced Samsung Galaxy Buds+ comes with improved sound, triple microphones, and the company boasts of 11 hours battery life and it is now available in three colors, white, black and blue.

Galaxy Buds+ comes with a new dual-driver design to others, but the partnership with AKG brings a tweeter and a woofer for rich treble and powerful bass to this year’s Buds.

We could all recall that the original buds flopped at the microphone area but today, Samsung has now fitted the Buds+ with three mics – two external mics along with an internal mic use beamforming technology for much improved audio capture for calls.

As usual, it still comes with touch controls such as play/pause, skips tracks, answers calls and other customizable actions, which are also intriguing.

Tho, the new Buds+ comes with an ease of use feature, once paired with a Galaxy device, can use their Buds+ with all devices signed in with the same Samsung account, which is quite similar to Apple’s AirPods.

Another improvement lies in its Ambient Sound feature, where Samsung gives users the choice to choose from four levels of background noise passthrough.

And the last major improvement of all is the battery aspect, the 85mAh battery in each earbuds offers 11 hours of music playback, and it can be doubled up to 22 hours with the included charging case.

As expected, it supports quick charging, which gives users an hour of listening time with 3 minutes of charge via wired, wireless or device-to-device Wireless Powershare charging.