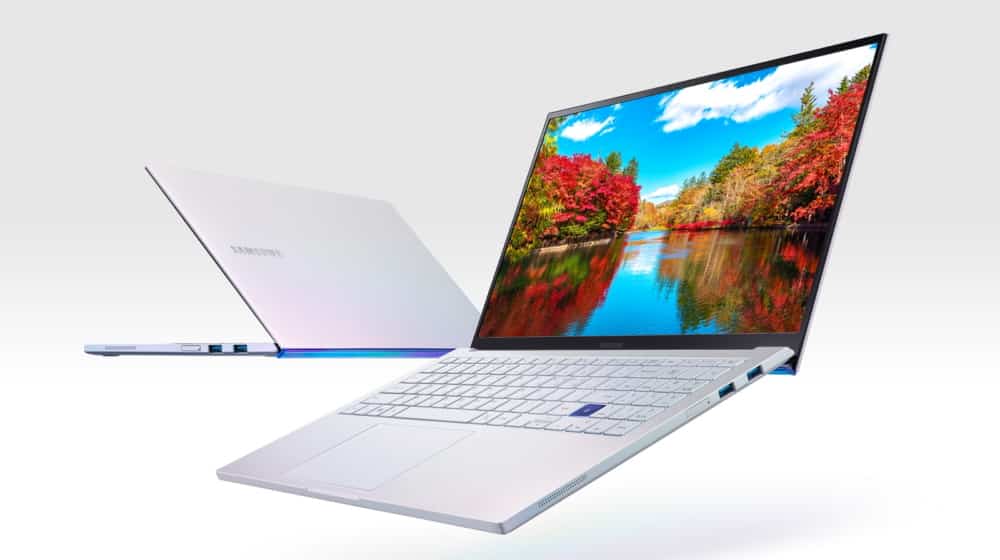 At the Samsung’s Developer Conference 2019 (SDC19), the company introduced the Galaxy Book Flex and Galaxy Book Ion Laptops with much more better and upgraded design.

It is nevertheless the company’s premium laptops, and both new devices are Samsung’s first laptops to use QLED displays, which is quite similar to its high-end flat-screen TVs.

The identical features of the both laptops are QLED Display, 600-nit brightness, Intel Wi-Fi 6 (Gig+) and Thunderbolt 3, and are both powered by the latest 10th Gen Intel Core Processors chipset with up to 16GB RAM and 1TB SSD.

Each of the new Samsung’s laptops are available in 13.3-inch and 15.6-inch variants with the brightest and sharpest display with Outdoor Mode.

In a nutshell, the Samsung Galaxy Book Flex was officially announced with an aluminum body, an in-built S Pen stylus with new gesture controls, and a 360-degree hinge, which allows users to experience the device both as a tablet and a PC.

Similar to the S-pen in Galaxy Note 10, the S Pen that is included with the Galaxy Book Flex comes with Air Action gestures, which allows you to control your laptop with motion gestures using the stylus.

On the other hand, the Galaxy Book Ion packs an ultralight magnesium clamshell frame and ultra thin design. Regardless, both laptop’s glass touchpad is now wireless charger.

All thanks to the new Wireless PowerShare glass touchpad, which automatically turns the traditional touchpad into a a full-fledged Qi wireless charger for any of your wirelessly charging gadgets.

But there are some back-side, you can’t just put the Qi-enabled gadgets such as Galaxy Watch Active 2 or AirPods ontop of the touchpad and expects it to work, you’d to first enable the wireless charging mode with a keyboard combination.

And also, when you are charging any of your Qi-enabled gadgets, you can’t also make use of the touchpad, unless you have an additional external handy mouse for quick use.

It comes with a built-in biometric security powered by Windows Hello, with 69.7Wh battery capacity that promise long-lasting battery life, of about nine hours of real-world battery life.

The both laptops arrives with a backlit keyboard, but the pricing and availability is not yet out. But we can start expecting the 13.3-inch and 15.6-inch variants from December.