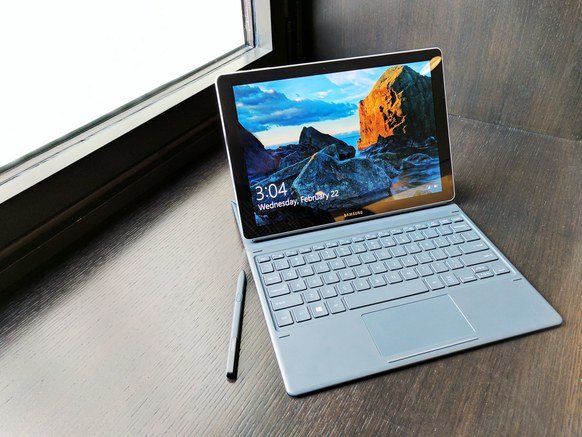 The Samsung Galaxy Book was among the top most rated devices that was unveiled during the MWC 2017 that was held at Barcelona. Termed; “A Powerful, Portable PC Experience”

The Samsung Galaxy Book arrives in two variants and there involves; 10.6 and 12-inch models. So today, we will outlining the specifications and few other reviews.

And once more, the Samsung Galaxy Book is also built on the Windows 10 operating system, the Galaxy Book offers the full desktop Microsoft Office experience for maximum productivity. Video below;

And just like the Samsung Galaxy Tab S3, the Galaxy Book 2-in-1 tablet features a refined S Pen, to offer mobile professionals a productivity powerhouse that allows them to maximize their efficiency whenever and wherever they wish.

The new 12-inch Samsung Galaxy Book is the latest tablet that’ll make you think twice about buying a laptop. A 10-inch version offers lesser specs and it’s nice enough, but the big Book is where it’s at. 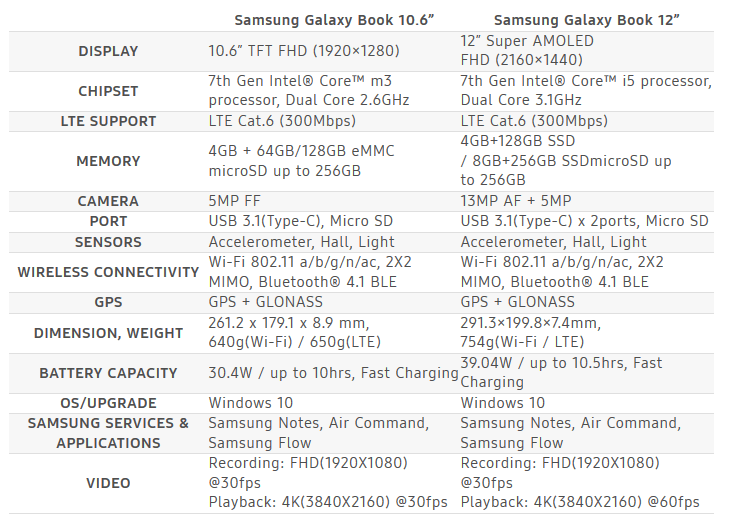 The newly introduced Samsung Galaxy Books features a premium, full-metal design that’s thin and lightweight. This makes the device highly portable, and equally suitable for getting work done in the boardroom and on the road.

And it is a 2-in-1 variants which are 10.6- and 12-inch, they also arrives in a black or white colors variation, this included keyboard cover is a delight to work with. Each of the three orientation modes – ‘PC’, ‘Easel’ and ‘Note’ – was designed to deliver optimal comfort and usability.

The curved, island-style keys are well spaced to reduce typos, and feature an adjustable backlight* to allow users working late to burn the midnight oil comfortably.

As said above, the two Galaxy Books are powered by seventh-generation Intel® Core™ processors that provide premium, PC-level performance and a dual core 3.1GHz and the 10.6-inch with an Intel Core m3 processor, dual core 2.6GHz. The 10.6-inch edition comes equipped with 4GB of RAM and a choice of 64GB or 128GB of storage.

The both arrives with a 13MP back rear camera and a 5MP front facing camera is quite impressive for a tablet and for a Galaxy Book.

With such exclusive camera, you will never be left out while taking amazing videos. 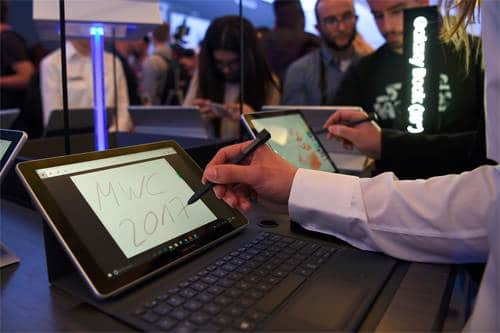 Both of them arrives with long-lasting batteries charge fast, providing up to 10 hours of power for the 10.6-inch model and up to 10.5 hours for the 12-inch, giving users more freedom to be productive and enjoy their content uninterrupted.

Both available in LTE-compatible versions. This versatile app allows users to easily sync content and alerts between their Galaxy smartphone and tablet, and even lets them set up secure hotspots and unlock their tablet via their smartphone’s fingerprint sensor.

Transferring has been made easy with the Samsung Flow, a user editing a file on the Galaxy Book will receive notifications from their smartphone directly on their tablet and will be able to quickly reply using the Galaxy Book’s keyboard, without missing a beat.