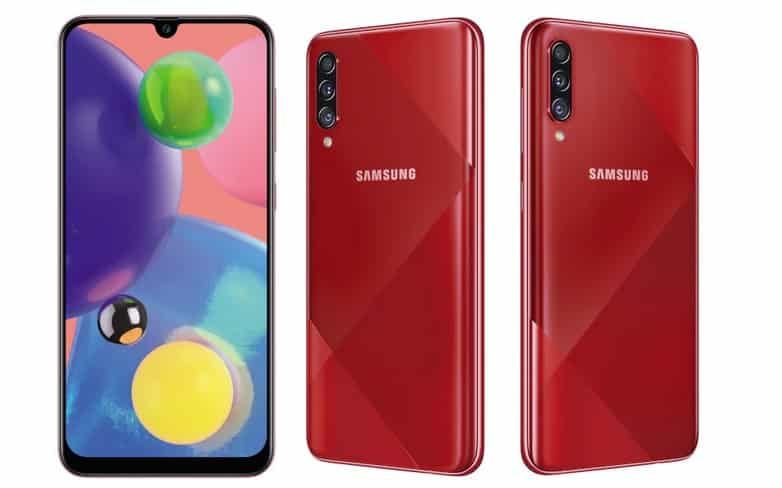 Surprisingly, the Galaxy A70s is the company’s first smartphone with a 64-megapixel primary camera. Although, there are series of other 64MP camera phones out there, and it can be related to top Chinese Smartphone makers.

However, the Galaxy A70s was officially launched in India starting at Rs. 28999. As usual, the company is calling the waterdrop-style notch, an Infinity-U display. The selfie shooter is the same with the Samsung Galaxy A70.

There is that unique geometric patterns and holographic effect on the back panel, which also consists of a vertically-mounted triple rear camera setup, 64-megapixel f/1.8 primary camera, 8-megapixel ultra-wide-angle shooter, and a 5-megapixel camera.

It is powered by a 2GHz Octa-Core Snapdragon 675 Mobile Platform with Adreno 612 GPU, along with 6GB / 8GB RAM, 128GB Storage, which is expandable up to 512GB via micro SD card.