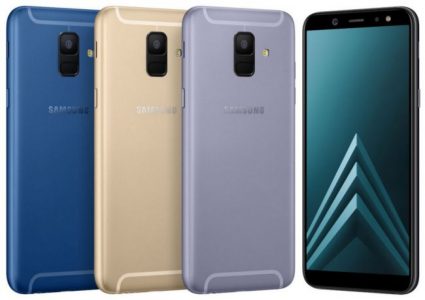 Samsung recently launched several Smartphones and the Galaxy A6 and Galaxy A6 Plus is among them. Both of the phones arrives with impressive specs and yep, they both comes as a budgeted smartphones.

The Samsung Galaxy A6 and Galaxy A6 Plus is definitely the best Smartphone, you can get right now. They both packs some differences and similarities altogether. One major similarities, is the spectacular design, Samsung’s Super AMOLED display technology and Infinity Display.

The both phones are made out of metal unibody and sleek design, giving it a stylish premium feeling from afar but there is the awesomeness, knowing it is from Samsung. And they both features the Infinity display, offering you a sleek curves and comfortable grip.

Like major phones out there, such as Vivo X21i, Camon X Pro, there is a 24MP selfie camera with f/1.9 aperture and LED flash. Other features added to that, is the Live Focus, this allows you to take stunning portraits with background blur. And it also gives you the best shot even in low light conditions.

They are both equipped with face unlock on the front camera selfit shooter, it serves as an additional security feature. The devices also come with Samsung’s advanced memory management feature that automatically directs content from social media applications to the external memory card.