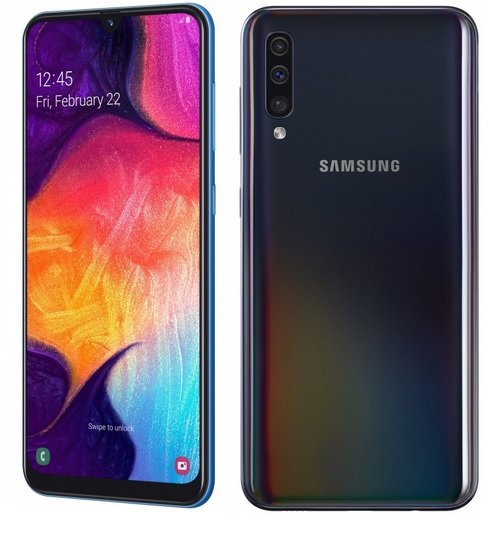 The South Korean tech giant, Samsung has announced the new A series, – the Galaxy A30 and Galaxy A50 Smartphone. Both phones comes as camera-centric devices.

One of the highlight of the Samsung Galaxy A50 device, is the company’s Infinity-U display. Which is the answer to the trendy notch display.

Anyways, Samsung recently launched the M series, M10 and M20 and it appears to be of mid-range phones than the Galaxy A series, especially on paper.

However, the launch of the Galaxy A series is like Samsung medium to take over the market share in India. Thereby, competing with Xiaomi affordable phones.

The phone comes with what Samsung is calling “3D Glasstic” design on the back, which is actually a portmanteau of glass and plastic design.

And it is available in Black, White, Blue, and Coral color options. It comes with in-display fingerprint sensor scanner.

The Samsung Galaxy A50 device sports a triple camera lens at the back, and a single camera sensor at the front, for taking cool selfies.

Although, this is not the camera setup and placement on the Galaxy A30 Smartphone. However, all the cameras are backed with AI.

While at the front, you can find a powerful 25-megapixel sensor with fixed-focus f/2.0 lens. And it comes with brighter aperture for taking cool selfies.

And the mobile handset comes with handful of network and connectivity feature, which includes the regular 4G, WiFi, Bluetooth etc.

It is also powered by a Exynos 7885 with two main Cortex-A73 cores and six energy-efficient Cortex-A53 at 1.6 GHz processor.

Comes with 4GB / 6GB of RAM, 64GB / 128GB of inbuilt storage, and thankfully, any of the internal storage is expandable up to 512GB via microSD card slot.

And it is fueled by a 4,000mAh battery capacity with Fast charging, which can last for few hours on a single charge. The pricing and availability are yet to be known.