Like what we had expected, the new Samsung Infinity Flex Display -this is what Samsung calls its foldable phone technology- is the company’s first OLED foldable hybrid device that transforms from a phone into a tablet. But sorry, we won’t be able to buy it right now.

Samsung shown to everyone a device during its developer conference today, “There’s a device inside here,” said Justin Denison, SVP of mobile product marketing. “And it is stunning.” 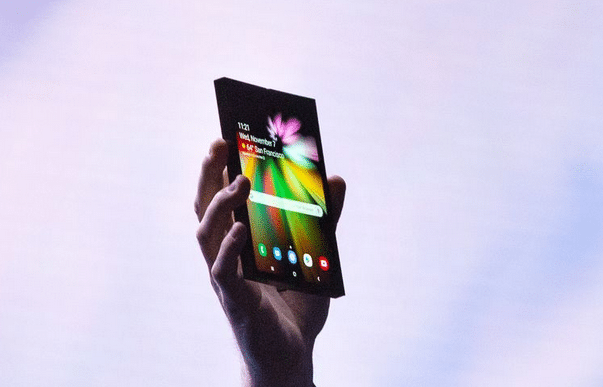 The newly announced Samsung Infinix Flex Display arrives with new features such as pixel density, screen size, and aspect ratio in both the folded and unfolded models. It comes with two major screen size, for the tablet and Smartphone display.

When the Infinity Flex is folded, you will see a Smartphone display of 4.58-inch display, 840 x 1960 with an aspect ratio of 21:9, making it the tallest device, but it still lacks some viewable point. Well, everything falls into the unfolded model and not the folded.

On the other hand, the Samsung Infinity Flex tablet version arrives with 7.3 inches and a more standard 4.2:3 aspect ratio. It comes with 1536 x 2152 screen resolution with a Pixel density of 420 ppi, which is not the highest out there.

Samsung said something about a new feature called: Multi active window. It is much more like a three-app multitasking feature, where three apps will be able to run simultaneously. Well, this feature is a means of propelling Android developers to start writing apps for the foldable phone future trend.

Although, one of the first app that has been designated to develop a special version of its app for Infinity Flex and the foldable future is the news aggregation app Flipboard. When closed, you’d see a single pane of info. When you unfold the phone, you get a bigger panel (right where you left off on the closed display).

Another new feature is the introduction of Samsung’s new One UI that makes company’s foldable phones more usable but will also arrive on non-foldable devices. This will eliminate the Samsung Experience.

The One UI will design a thinner UI that keeps the relevant content on the bottom half of the screen ensuring easy one-handed operation at all times and it also optimizes the screen area for better productivity on the go as well.

Google announced Android support for foldable future phones, Android UX was also on stage during the announcement of the prototype. We really don’t know how much it will cost, and how the software will integrate much more apps. 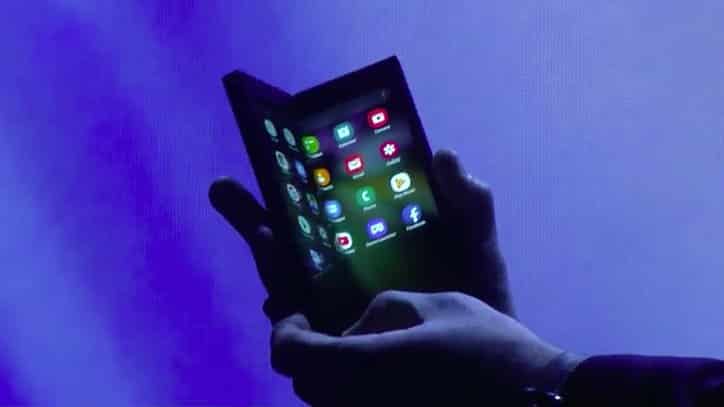 Samsung needs to accept the fact that the Infinity Flex Display will be folded and unfolded hundreds of thousands of times, hence, they will have to stronger, and flexible components. To keep the notch higher, Samsung will definitely make the Infinity Flex thinner.

Samsung says it will be able to start mass production of the Infinity Flex Display in a “matter of months,” according to Denison. Samsung isn’t saying exactly when we can expect to see more than just this concept device.