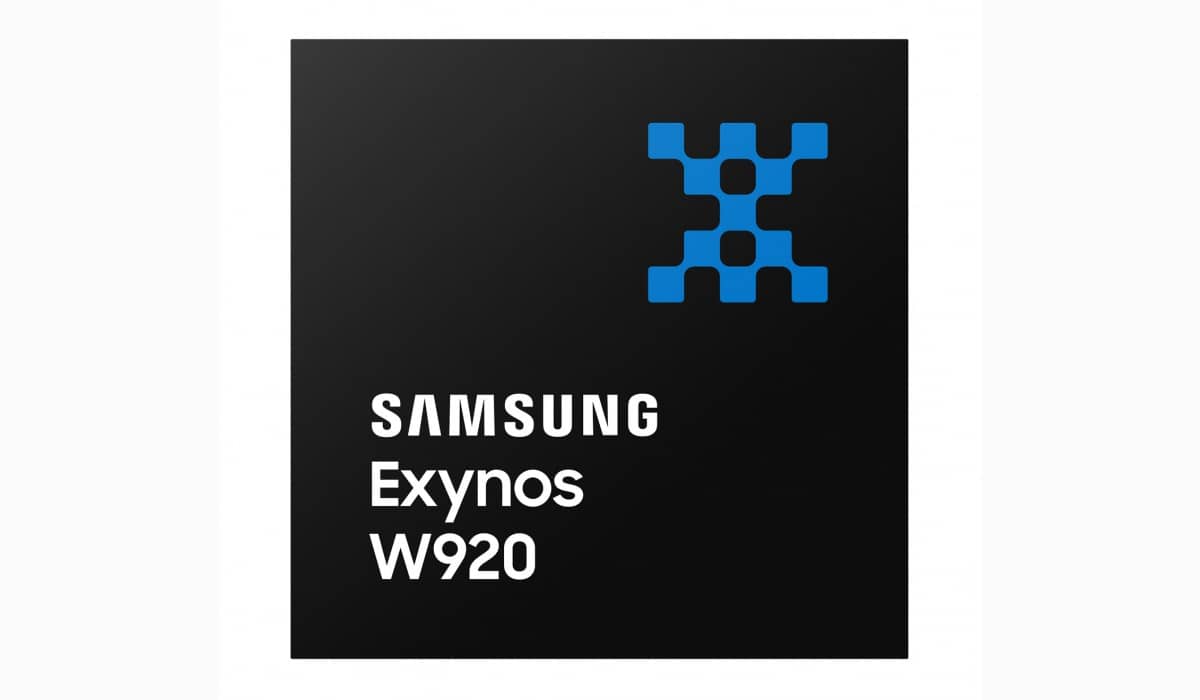 Samsung officially introduces the next chipset for its wearable devices – the Samsung Exynos W920 chipset based on 5nm EUV process and it is coming a day before the company’s Galaxy Unpack Event.

Samsung’s new Exynos W920 chipset will power the company’s future wearables, and this is starting from the upcoming Galaxy Watch 4 series. Samsung said it is the “Industry’s First 5nm Processor Powering the Next Generation of Wearables”

As a matter of fact, the new chipset is also the first processor upgrade for Samsung watches since the original Galaxy Watch. The Exynos W920 is completely built on a 5nm EUV process armed with two ARM Cortex-A55 cores and an ARM Mali-G68 GPU.

Samsung claims a 20% CPU improvement and 10 times better graphic boosts over its predecessor – Exynos W9110, which is powering the Galaxy Watch 3. It also packs a dedicated Cortex M55 co-processor for handing Always-On Display use.

With such boosts in performance, the Samsung Exynos W920 will be slightly better than Qualcomm’s 28nm Snapdragon Wear 3100 chipset, and it boosts better performance than the Snapdragon Wear 4100 Plus based on the 12nm process with Cortex A53 CPU cores.

In addition to its fundamental interests, the new chipset will only be the third chipset capable of supporting the new Wear OS 3.0. The Samsung Exynos W920 comes with support for 4G LTE Cat.4 modem and a Global Navigation Satellite System (GNSS) for positioning, distance, elevation during outdoor activities and fitness tracking.

Yes, Always-On Display functionality will be supported, thanks to the dedicated low-power Cortex M55 processor built right inside the Samsung Exynos W920 chipset, which will take on that responsibility alone.

It will support a “new unified wearable platform Samsung built jointly with Google and will be first applied to the upcoming Galaxy Watch model” as confirmed by the company. With that in mind, it is the new Galaxy Watch4 series running One UI Watch based on Wear OS.

Wear OS watches is getting better, faster and smarter. In combination with these major improvement, and implementation on the upcoming Galaxy Watch 4 series, this will be one of the most powerful Smart watch right now on the market.