Introducing to you is the 5nm EUV lithography processing technology for better power efficiency, the Samsung Exynos 2100 SoC and it is the company’s first flagship chip with an integrated 5G modem and its second to be built on the 5nm EUV process.

It is based on 5-nanometer (nm) EUV process technology, similar to the Qualcomm’s Snapdragon 888 processor. It is currently in mass production and it powers Samsung Galaxy S21 series. 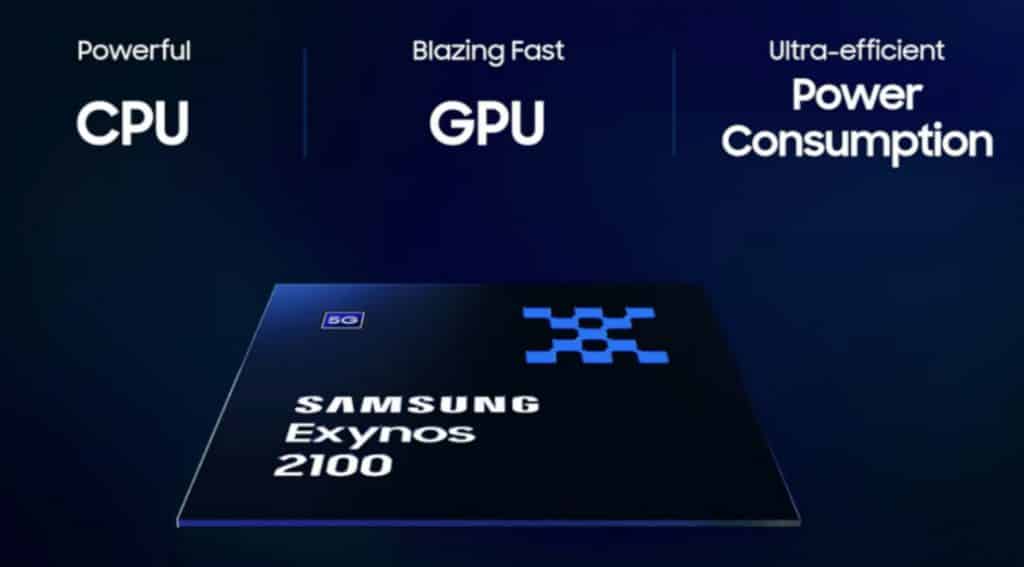 It can record 8K 60fps playback, 4K 120 fps recording, and AV1 video decoder for 4K/8K video playback. There is the Amigo power distribution solution for improved high-performance gaming experience. It supports LPDDR5 with data rates of up to 5,500 megabits per second (MB/s).

Probably not important, but the Samsung Exynos 2100 5nm EUV SoC is the first Exynos chip to get its very own launch event. It comes with the new Mali-G78 GPU design with 14 cores and Samsung claims it has a 40% performance boost.

It arrives with a tri-cluster CPU structure that is similar to Snapdragon 888. It consists of Arm Cortex-X1 core that runs at up to 2.9GHz optimized for peak performance, and three Cortex-A78 cores that run at 2.8GHz for balanced processing.

Also, there is four Cortex-A55 cores that run at 2.2GHz for efficiency. Compared to the Snapdragon 888 processor, the clock speed is faster and Samsung promises 30% improved multi-core performance than the predecessor. 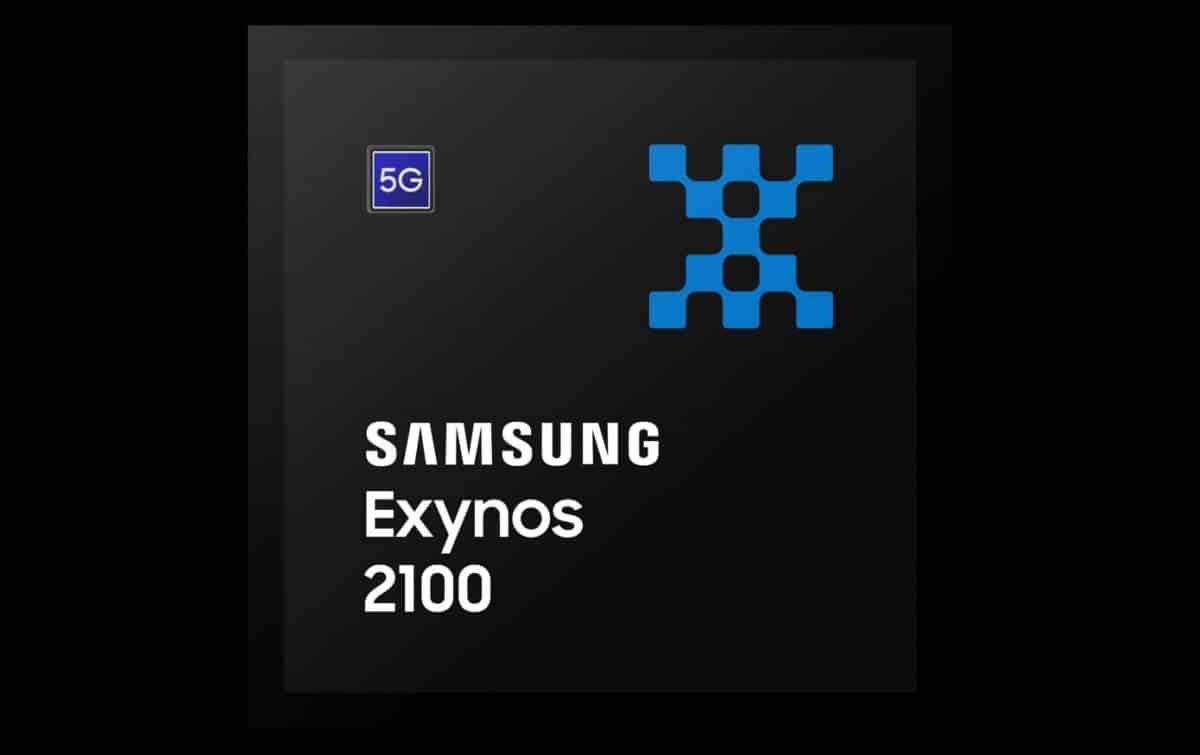 There is Arm’s second-generation Valhall architecture-based Mali-G78 MP14 GPU which supports the latest APIs such as Vulkan and OpenCL, improves graphic performance by more than 40% for visually stunning and seamless graphics.

It supports an integrated 5G modem compatible with both types of 5G networks, mmWave and sub-6GHz, enabling downlink speeds of up to 5.1Gbps, supports Bluetooth 5.2 and Wi-Fi 6.

The new processor arrives with the new Image Signal Processor (ISP) that supports cameras with sensors up to 200MP. For a more better enhanced features, it can be connected to six individual sensors and process data from four of them simultaneously.

With the support of Multi-camera and Frame Processor (MCFP), the ISP can fuse image data from multiple cameras for better quality zoom and ultra wide shots. While the AI acceleration, NPU analyzes the scene, detects faces and objects so that it can pick the optimal settings.