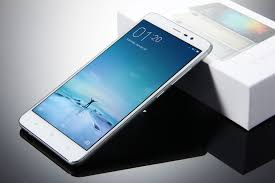 Unfailing, Samsung is slowly arriving it target to India Market. However, Xiaomi is still the King there but the South Korean giant, Samsung mobile have focused a lot on India market with their wide-range of affordable Smartphone. And people still prefer Samsung products over Xiaomi’s.

There is over 1300 Android Smartphone makers, spread all over the world but Samsung and Xiaomi, in the second quarter, continued to lead all other competitors, with each company shipping 9.9 million smartphones in the country.

It was analyses by Canalys, the both companies actually made up 60 percent of India’s total mobile shipments, and yes, that is a huge success from 43 percent last year. Samsung and Xiaomi manufactures budgeted Smartphone with spicy specifications.

Xiaomi sold 3.3 million units of the Redmi 5A, while Samsung Galaxy J2 Pro, without no internet connection was the company’s most popular device, together, they sold 9.9 million Smartphones last year quarter. Recall that in 2017, Vivo and Oppo round out the list, tallying 11 percent and 10 percent of shipments. 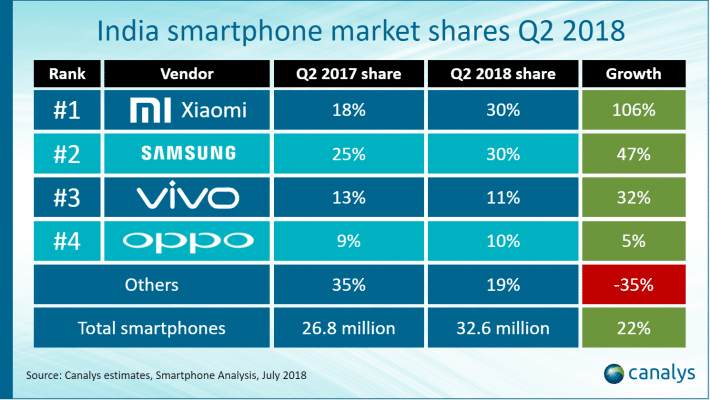 Canalys analyst TuanAnh Nguyen said in a statement that Samsung was “hitting back” against Xiaomi: “It has launched devices pitted directly against Xiaomi’s portfolio and is focusing on its cameras and imaging capabilities.”

But last year, was a different tone, where Xiaomi grew from 18% share to 30%, around last year Q2, and in 2015, Samsung saw its biggest quarter. Surprisingly, both companies grew substantially in Q2.

Apple are rumored to launch more affordable phones into the India market soon. Meanwhile, Samsung being successful, are said to build the biggest phone factory in India. But somehow, Apple are slowly losing the market, unless, if they push forward to launching new cheaper iPhones.