Samsung introduces a ready-consumer massive 110-inch 4K TV with the latest picture technology, it is the next-gen MicroLED picture quality, but Samsung failed to reveal the somewhat huge price for its latest TV.

This isn’t the first time we’d be seeing microLED technology from Samsung, the company once showcased the first microLED TV back in 2018 but this technology becoming a reality has been stalled due to numerous reason until now.

For starters, MicroLED technology packs some cool features from the OLED display. With the newly announced 110-inch MicroLED TV, Samsung is obviously making the MicroLED a more traditional form of TV. 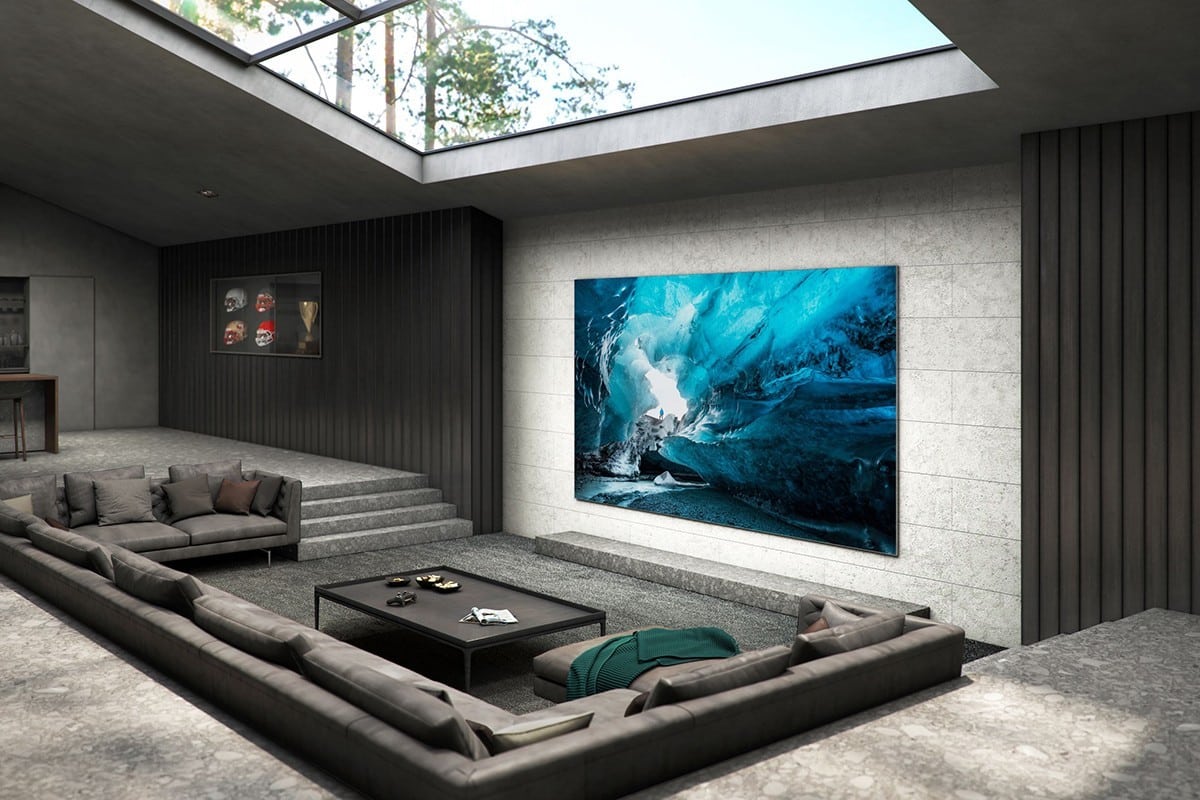 Samsung is not new to releasing massive, gigantic, and rich Television, both in 4K, or 8K. Recall the Samsung TV dubbed The Wall that uses MicroLED technology. However, Samsung has definitely made it easy on this one.

Unlike other versions of TV that requires specialists to assemble different modules, the 110-inch 4K TV comes in a more manageable form factor that can squeeze in at least some apartments and houses.

Samsung really made the frame of its new TV very small that it boasts of a 99.99 percent screen-to-body ratio, like removing all the bezels around the Television screen display.

Samsung says that they can be able to shrink down the size of microLED TVs significantly and thus more people can try the outstanding picture quality in the future. The 110-inch TV supports a 4K resolution, HDR, and a split-screen view that can stream content from four different sources simultaneously.

The pixels should be extra bright and they should easily last a decade before starting to deteriorate, thanks to the inorganic state of MicroLED. Samsung estimates a lifespan of around 100,000 hours — or “up to a decade.”

Samsung also made mentioned motion-tracking tech that projects the sound of the moving subject. The company claims to build in “an embedded Majestic Sound System” that it claims “delivers breathtaking 5.1 channel sound with no external speaker.”

It also borrows the company’s semiconductor production process to make mass manufacturing easier. The 110-inch MicroLED also comes with HDMI 2.1, 120Hz 4K gaming, and other high-end features to make it smarter and price-worthy. 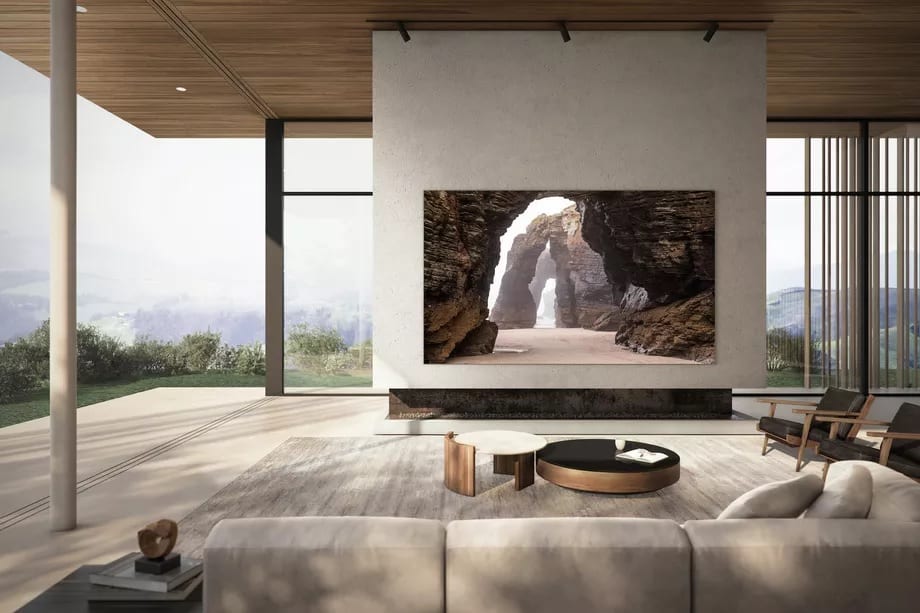 The Samsung 110-inch 4K MicroLED TV was officially announced in the company’s hometown, South Korea, and will go up for presale in the country, with no pricing yet.

But will definitely be in an expensive range, and more costly than most 4K, 8K TV sets thanks to the self-emitting MicroLED magic and will launch globally in the first quarter of 2021.

This is what Samsung says about picture quality From TheVerge:

The 110-inch MicroLED uses micrometer-sized LED lights to eliminate the backlight and color filters utilized in conventional displays. Instead, it is self-illuminating — producing light and color from its own pixel structures. It expresses 100 percent of the DCI and Adobe RGB color gamut and accurately delivers wide color gamut images taken with high-end DSLR cameras. This results in stunning, lifelike colors, and accurate brightness from the display’s 4K resolution and 8 million pixels.