The Samsung Galaxy series was officially launch few days ago, and it comes with an inspiring features, allowing to remap Bixby button. You’ll learn how to perform this on any of the Galaxy series.

Virtual assistance, Bixby on Samsung phones, performs all the tasks like the Apple Siri and Google Assistance. Answering your calls, sending messages, securing your home and many more.

Well, during the Galaxy S10, S10 Plus and S10e launch, Samsung decided to give users ability to use the Bixby key to open whatever app they want.

The new settings that allows you remap the bixby button is just awesome, and it was recently discovered. With the added settings, you can now customize the button beyond what has been allowed previously.

Of course, it is simple to say that the newly launched Samsung Galaxy S10 has a Bixby button, but thankfully, it can be remapped to open any app.

Bixby button arriving on Samsung Galaxy phones, isn’t a new thing but as usual and normal as before. But the remapping is totally a new feature.

With the new Bixby button remapping, you can easily assign the Bixby button to open a third-party app -either a single or double press of the button. 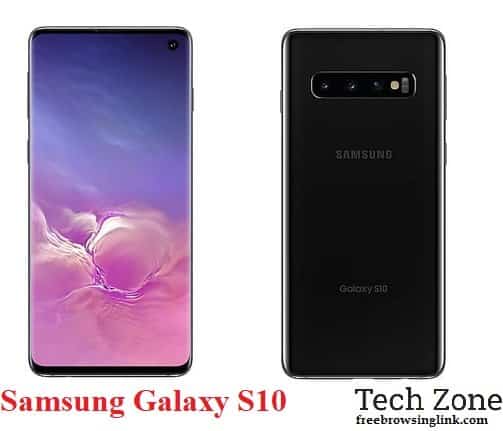 Now to remap the bixby button to open your app, then you can easily follow the below procedures:

a. Open the Bixby key settings

c. When the “Single press to open Bixby” option is chosen, you will be able to set the Double press as seen below to open any other app you want.

Also understand that whichever option you don’t assign to a different app will continue to open the Bixby feed. E.g, when choose to open Instagram, with a single press, a double press will trigger Bixby.

That means, holding down the button still opens Bixby voice no matter what. Despite this factor, the remapping is just an impressive feature for Galaxy phones.

Since the official launch, Samsung’s Virtual Assistance hasn’t been the favorite in the market, as other company’s assistance has been outstanding to the Bixby.

Well, Samsung is definitely working on improving Bixby’s reputation and performance. And they have made any important announcement, it is the Bixby Routines.

According to them, it is an upgrade that allows the assistant’s AI to track your habits and predict apps or settings you’ll need.

And in addition, the latest Bixby software will be integrated into other Samsung products, such as tablets, refrigerators and the stunning 2019 QLED TVs.

Anyways, it is worthy to understand that this feature, despite the Android Pie and One UI update, it is not yet available for other older Galaxy series such as S9, S9 Plus, S8, S8 Plus and others.