The new Redmi K20 family gamepad is quite similar to the first Black Shark gamepad, which arrived last year. It was officially unveiled for Redmi K20 series in China on Friday at the China Joy Expo, China’s largest gaming and digital entertainment exhibition.

Well, the Redmi K20 and Redmi K20 Pro are both aimed for gamers, and with the newly announced gamepad, it will definitely increase the awareness and bring more enticing features to gamers.

However, the game controller is compatible with Redmi K20 and Redmi K20 Pro and the compact gamepad can be attached to any of the phones left-hand side. 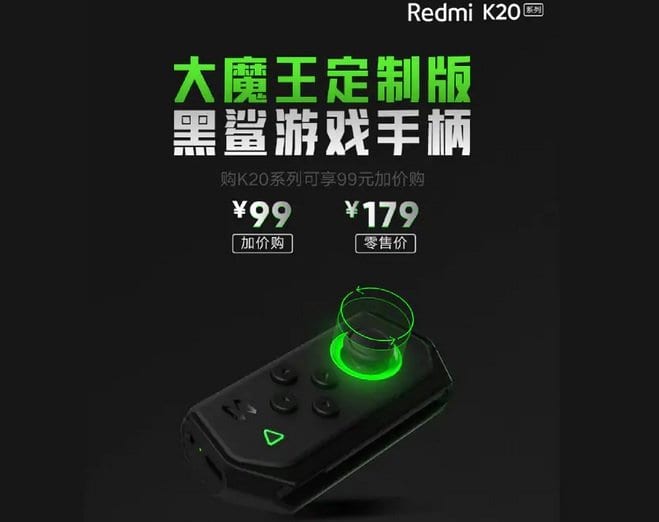 The gamepad supports Bluetooth 4.2 connectivity and includes a 340mAh battery. The game controller comes with LT and LB buttons, a stick, configurable gameplay buttons, and a Bluetooth connection indicator.