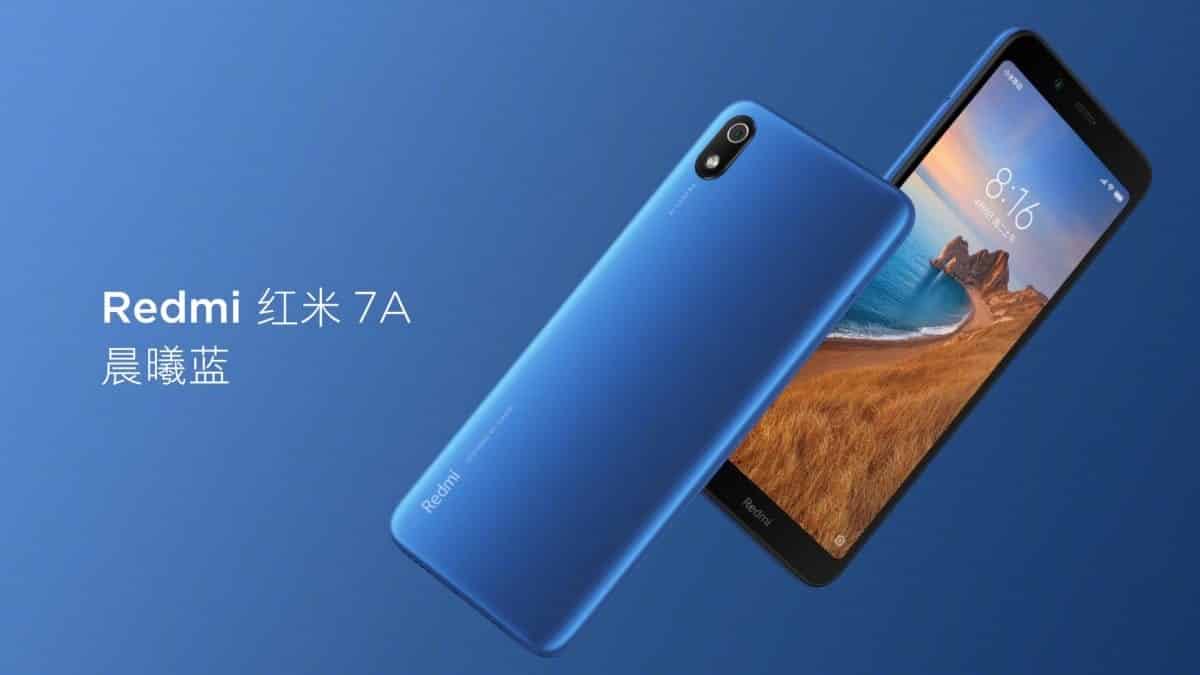 The handset was officially announced in China by Xiaomi. Recall, that the mobile phone was recently spotted on Chinese regulator TENAA’s website.

It the most affordable Smartphone among series, the direct successor to the Redmi 6A and toned-down sibling of Redmi 7. The Redmi 7A is an entry-level Smartphone.

The Redmi 7A was officially launched with a polycarbonate body design, and it looks quite similar to the normal traditional Smartphone out there.

Just like other Redmi phones in the Redmi 7 series phones, the Redmi 7A also comes with a splash resistant P2i coating.

Redmi 74 Android Smartphone comes in a Black and Blue colors options, a single camera lens on front and back. The handset lacks a fingerprint sensor scanner.

The mobile handset also comes with a single 13-megapixels rear camera with LED flash, and PDAF features. It is also enhanced by AI, with the AI scene detection.

While the front top bezels, hosts the 5-megapixels selfie snapper. It is also enhanced with AI, as it support AI face unlock and beautification.

The Xiaomi Redmi 7A is powered by an Octa-Core Snapdragon 439 Mobile Platform with Adreno 505 GPU, for intensive gaming sessions.

It is available in two major variant, there is the 2GB of RAM with 16GB storage and 3GB RAM with 32GB storage. Thankfully, you can expand any of the memory up to 256GB with microSD.

The handset runs on Android 9.0 (Pie) with MIUI 10, and fueled by a 4000mAh built-in battery capacity. The price of the Xiaomi Redmi 7A will be official on May 28th, along with the company’s flagship phone, Redmi K20!